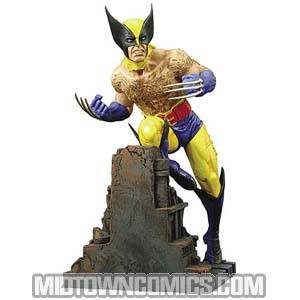 After Jean Grey’s transformation into the Dark Phoenix, Logan was forced to put aside his feelings for her and fight for the future of the universe. Second in the massive Dark Phoenix Saga line, this spectacular statue features a removable Wolverine that, when combined with the previously released Dark Phoenix Saga Colossus statue, recreates his trademark Fastball Special! Sculpted by Jeff Feligno and limited, this statue features a hand-numbered base with matching box and Certificate of Authenticity.