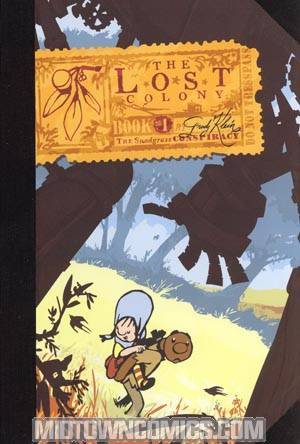 A mysterious island unknown to the rest of the world, in nineteenth century America. Its citizens: a colorful and outrageous band of capitalists, inventors, hucksters and freemen, who jealously guard the island's fantastic wealth from the prying fingers of the outside world, even as they attempt to conceal its captivating secrets from one another. The ingredients are gathered for The Lost Colony, a boiling concoction of slavery, patriotism, religion and greed. A warning however, to readers young and old: this is an addictive new series you've stumbled onto. The Lost Colony's self-contained world teems with endearing and memorable characters, whose foibles speak to America's own historical struggles with its demons. Skillfully crafted, richly illustrated in color, and always hilarious, The Lost Colony may soon feel like home...and you might never want to leave.