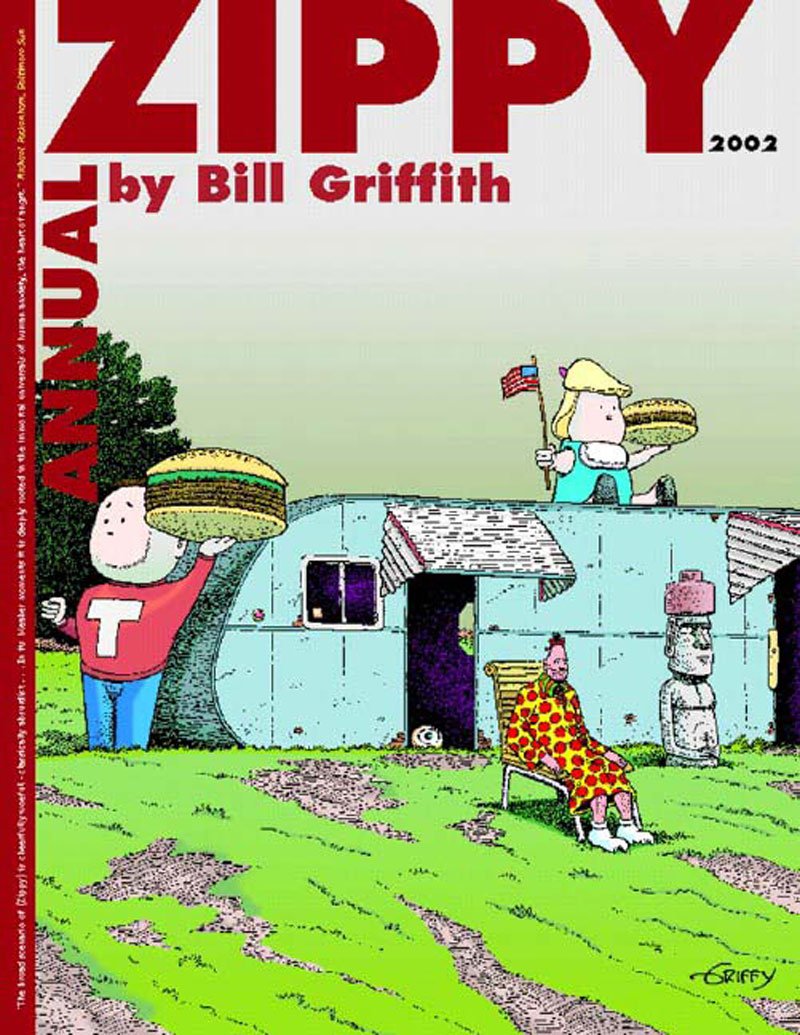 Bill Griffith's Zippy the Pinhead is a pop culture icon. Born in Underground Comix, the surrealist-leaning character is now one of the most recognizable figures on the newspaper pages, seen by tens of millions of people a day. Zippy Annual 2002 collects approximately a year's worth of strips, including full-color Sundays, from 2001 and 2002. This new volume includes several continuing storylines. One follows the high drama when Zippy's own favorite (fictional) comic strip, &quotNimrod," is dropped from his daily newspaper, a thinly disguised parody of what happened when one of Zippy's papers tried (and failed) to drop Griffith's strip. Also, Zippy bumps into dead newspaper baron William Randolph Hearst, visits innumerable roadside attractions, and reacts to the events of Sept. 11th, 2001, in a series of emotionally-charged strips. Frivolity is a stern taskmaster, and these brilliantly designed strips have never reproduced better, making Zippy Annual 2002 a perfect showcase for Griffith's inimitably existential and surreal sense of humor, a must-have and perfect gift book for the millions who find Zippy a rare diamond in the rough of today's newspaper comic pages. 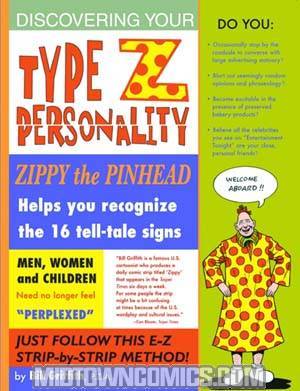 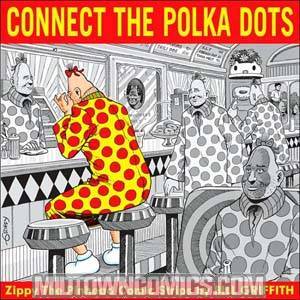 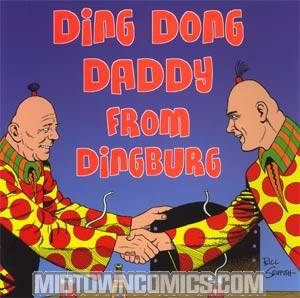