"History will come to know it as Dark 48. It began when a terrorist cell intercepted a designer Soviet plague, a virus genetically engineered to attack the Y-chromosome of males, inducing rage. In the ‘80s the Russians had hoped the Afghan rebels would turn on each other saving them lives and ammunition. Thankfully they never used it. An ex-Russian General brought it to the attention of the CDC. They confiscated it. The terror cell got wind of it and the rest is history. We follow an all-female strike team — Battle Corp Delta — whose mission is to traverse the contiguous lower 48 searching for survivors — and hopefully a cure." 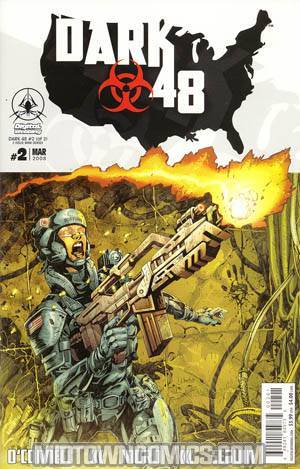