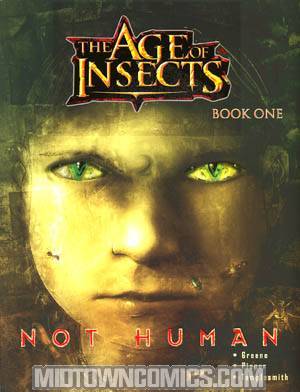 "A newly engineered species is on the rise, one that possesses insect characteristics and whose maltreatment at the hands of Homo sapiens has caused them to rebel against the death squads that hunt them down! The rebellion has escalated as the Hybrids, working under the direction of a reclusive yet powerful leader, embark on a campaign to destroy all humanity with the aid of the entire insect kingdom. Caught in the middle of the conflict is Flynn Morgan, a reluctant savior for the new species, who resists his biology and his destiny. To the Hybrids who seek him out, he is their future. For the Humans, he is an enemy to be exterminated at all costs!"