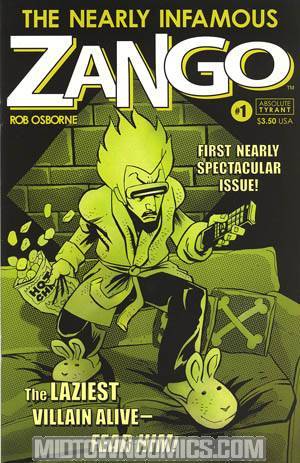 "Lord Alfred Zango, Jr. was once the most feared super villain in Metrotown. He razed entire blocks, crushed super heroes beneath his heel. Now he’s just a malcontent couch potato. In bunny slippers and bathrobe, Zango gorges himself on junk food and fumes over the media attention that other super-baddies receive. Too lazy to leave the house, Zango sends a gorilla assassin to eliminate his competition! From the award-winning creator Rob Osborne comes this hilarious and offbeat look at super villainy." 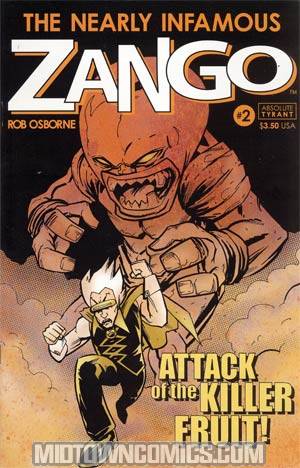