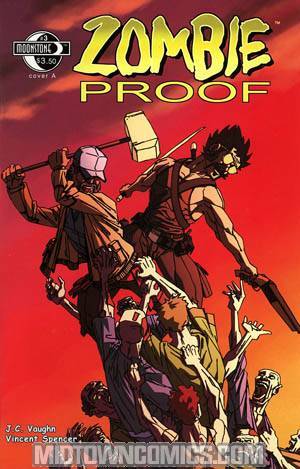 "They say New Yorkers have seen everything. But that was before New York City was hit by a zombie infestation, destroying the city, and killing most of its inhabitants. Now the President and all his men must solve this zombie problem before it hits the rest of the country. Dropping a bomb on the city seems like the only solution, until New York's mayor comes up with a last ditch effort — put on a Zombie Broadway! Crazy? Well, not completely. Seems like zombies aren't so different from other New Yorkers. After all, they appreciate the theatre. In fact, music seems to be one of the few things that can tame the flesh-eating undead beings. And what better place than New York City to put on the show of a lifetime? Just keep your fingers crossed that the audience isn't eaten during the performance!"