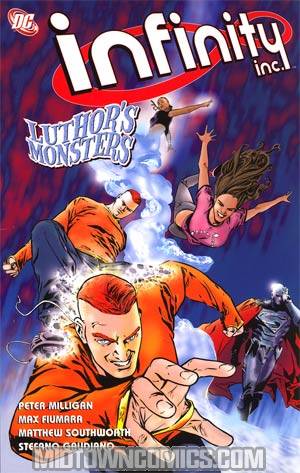 "Collecting the first five issues of the new series! When Lex Luthor and his Everyman project was taken down by John Henry Irons, it appeared the story of Infinity Inc. was over. But one year-plus later, it seems that life hasn't been kind to Starlight, Fury and Nuklon…"