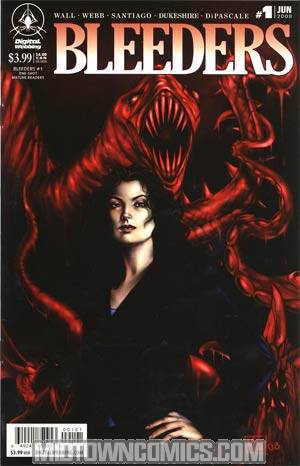 "In the most puzzling series of interconnected murders committed in American history, a serial killer with unsettling ties to World War II has targeted survivors of the holocaust and escaped Nazi war criminals. With zero leads generated from the bizarre clues left behind by the ghostly killer, assigned FBI investigator Monica Morrison begins to believe that the unknown suspect she’s been trailing might not be human. But can Monica convince her department they are hunting a ghost in time to save the next victim? A murder mystery of supernatural proportions, Bleeders is not to be missed by horror and suspense fans alike! (C: 1-0-0) NOTE: Not available in Germany." 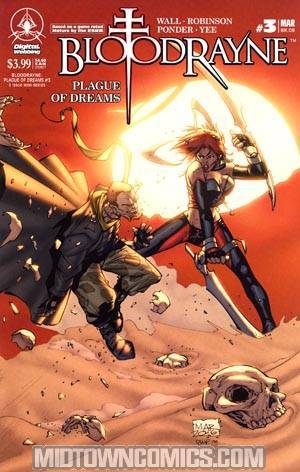 Bloodrayne Plague Of Dreams #3 Cvr A