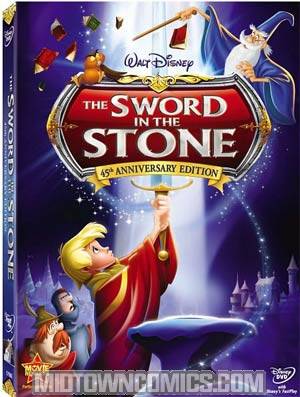 "Embark on an adventure-filled quest for an unlikely hero. According to legend, only someone with honor, decency and inner strength can claim the throne of England by pulling out the enchanted sword that lies locked in a massive stone.
Aided by the wizard Merlin, young squire Arthur finds his destiny as England's ruler.