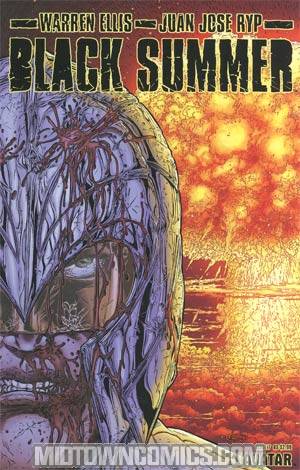 "Warren Ellis' masked hero masterpiece goes nuclear in the cataclysmic final issue! John Horus has brought the weight of the world down upon himself, yet he is far from defeated. As the body count rockets skyward, desperate attempts are made to bring down the President's killer. Not even the combined might of the last few living members of the Seven Guns seems to be enough. Do not miss this shock ending that will cement this work as a high-water point for the genre. With insane illustration by series artist Juan Jose Ryp and colors from Mark Sweeney, this final issue will deliver a killer punch! This issue is available with a regular or wraparound cover and also a rare 1-in-25 cover featuring a Tactical Guns design sketch, all by series artist Ryp. Also, to celebrate this final issue, don't miss the Zombies cover, featuring the Undead Seven Guns team, also by Ryp."