"The seas are rising once again as issue #1 of Michael Turner’s Fathom debuts! The long-docile race of the Blue no longer want solitude in their underwater habitat after the human’s latest attack — they now want revenge! After thwarting the invasion of the Blue cities by Admiral Maylander’s Navy, Aspen Matthews and Chance Calloway have found some much needed seclusion together in a beach house south of the border. But, their romantic getaway will be short-lived as the return of the murderous Killian, now at full-strength, is ready to strike once more against the humans — along with his reunited daughter, Kiani! Plus, the hatred from below the surface is also shared by one other race — the ancient and most powerful underwater beings known as the Black! However, the US Navy has plans of their own for the Blue, as well as a new leader with special ties to both Aspen and Chance! Available with covers from Ale Garza, J. Scott Campbell, and Micahel Turner!" 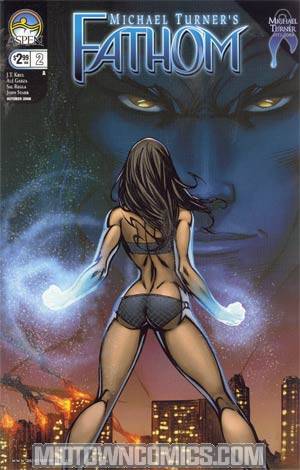 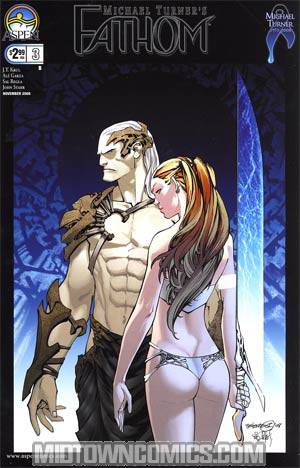 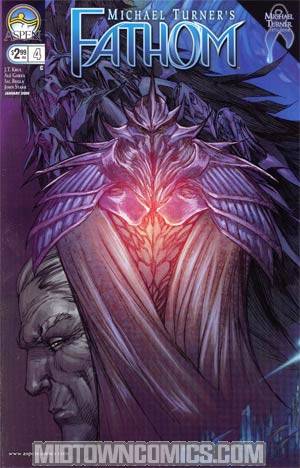