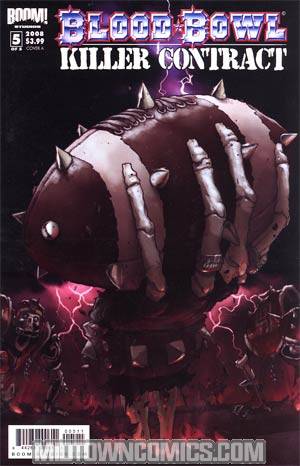 "Welcome to the hyper-violent hilarity of Blood Bowl, the miniseries that puts the fantasy (as in elves, dwarves, orcs, and ogres) back into football! In this climactic issue, the Bad Bay Hackers take on the Champions of Death in a bid for the Blood Bowl Championship trophy. Assassin Kalter Mörder still hopes to kill Hacker hero Dunk Hoffnung, but he has to compete for the honor with his shocking client, not to mention a small army of the undead!" 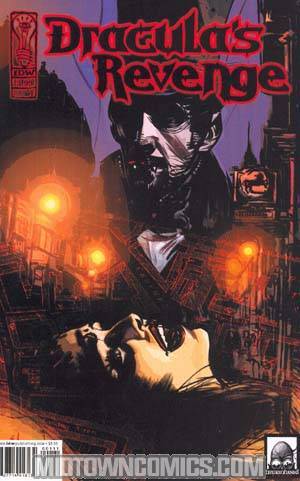 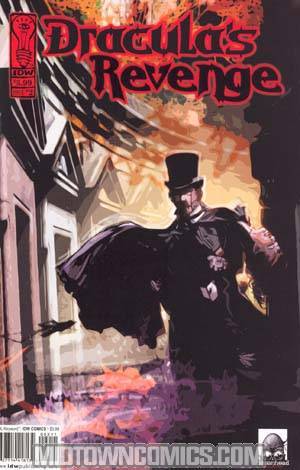 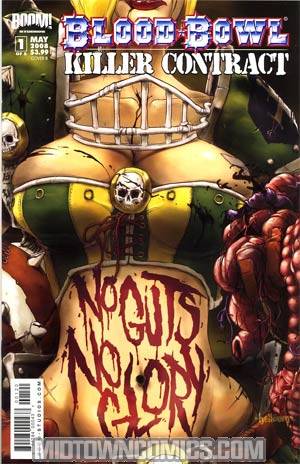 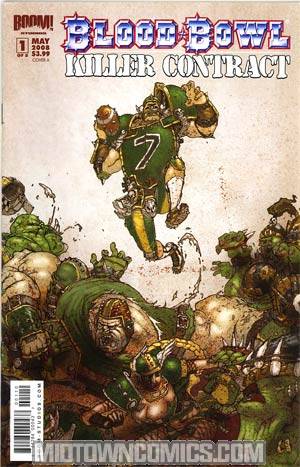 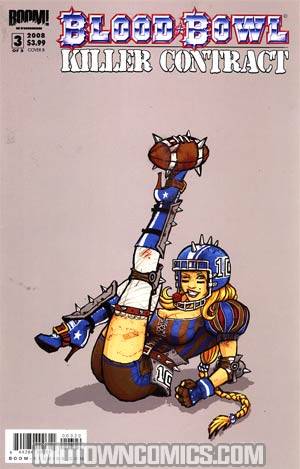 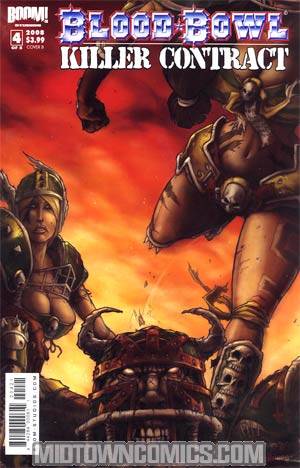 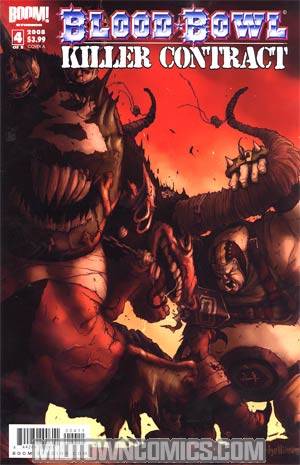 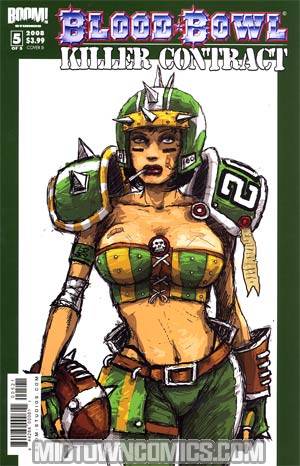 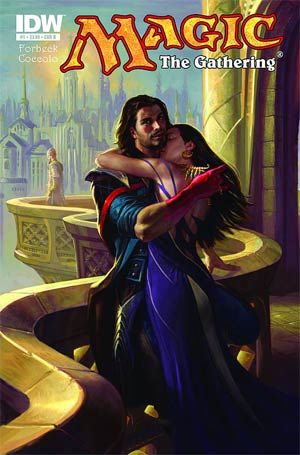