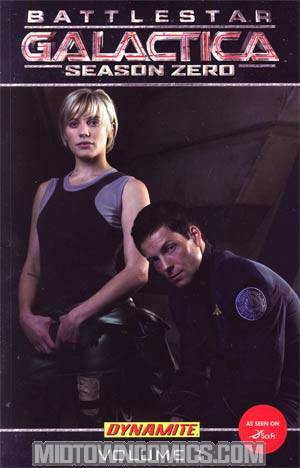 "Collecting issues #0-6 of Battlestar Galactica: Season Zero, the official prequel to the hit Sci-Fi Channel series! Set approximately two years before the mini-series which relaunched Battlestar Galactica to such acclaim, Season Zero series follows Commander Adama and crew as they take on their first mission on board the Galactica. Everything in that time frame will be explored, including the menace and return of the Cylons, as events hurtle towards the Apocalypse! Wrapped in a cover by Adriano Batista, this trade paperback contains a complete cover gallery!"