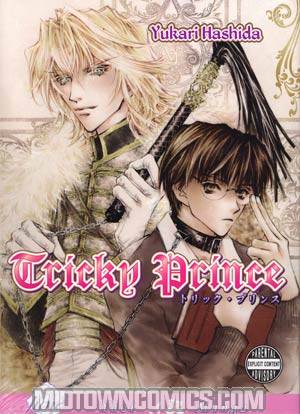 "Yujin Ratcliff is a very serious, yet impoverished student who somehow manages to continually be at the top of his class. On the evening of the school’s big Christmas bash, Yujin’s classmates decide to pull a sidesplitting pratical joke on him, and they transform into a princess! …Suddenly all eyes are on the blond and striking young Prince Willis as he enters the room. Who knew that this joke would have been the commencement of the Prince’s powerful attraction towards the “princess” Yujin? Find out what happens to poor Yujin now that he’s being furiously pursued by the smitten Prince Willis in this hilarious take on the classic prince and the pauper. "