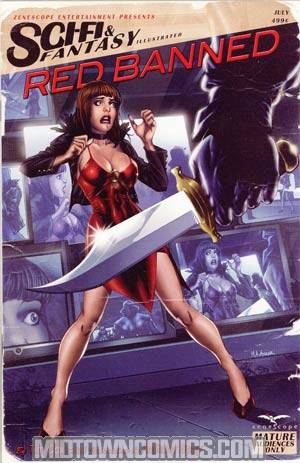 "“Red Banned”—In the near future murder has become the most popular sport. Still illegal, it is broadcast on underground networks with an intense cult following. A female viewer with an uncertain past finds herself pulled into the game. As she struggles to survive the networks most popular serial killer the secrets to her past are revealed with a shocking twist you won't believe."