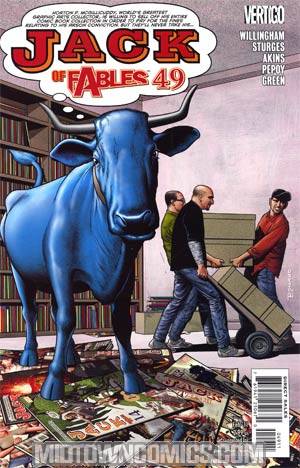 It's the issue before issue #50, where everything changes in the JACK OF FABLES universe forever! This issue is like the appetizer before a feast of destruction! Like an amuse bouche for a dragon's bloodthirsty maw! We just want to warn you up front that more than one person probably dies in this issue, and it's probably someone you like. As the Page Sisters, the Fables on the bus, Jack Frost, and a very angry guy with a sword through him all converge in a mythical land far away from mortal ken, a certain dragon begins to get nervous. That is to say he would get nervous, if he was that kind of guy. But he isn't, and so he doesn't. And that's probably bad for everyone involved. . .