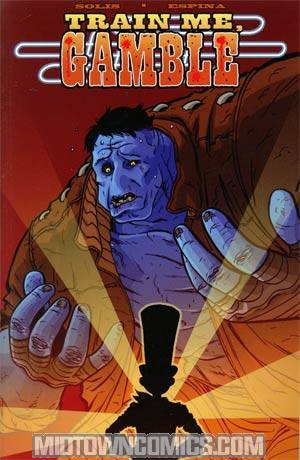 Andrew Smith, the world's largest monster bad-ass, has been given the task of defeating Admiral Porter, a military sociopath bent on ruling the planet Fistful. There is only one problem: Andrew can't fight worth a damn! In order to ensure his victory, he seeks out martial instruction from the greatest fighter in the galaxy: Gamble, a 10,000-year-old, jive talking, hard drinking, fast living man who doesn't look much older than a kid. Hilarity and large amounts of violence ensue, culminating in a climactic coming of age story set in the fun as hell future.