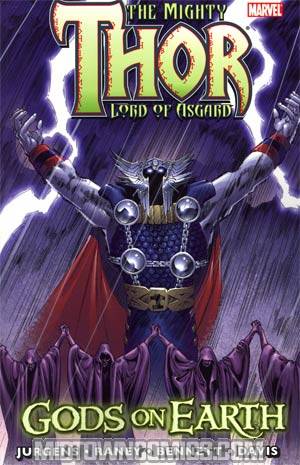 Once upon a time, Asgard was ruled by Odin - whose might, wisdom and power were exalted throughout the cosmos. Those he led hoped his flame might burn forever, but that fire was extinguished when Odin died at Surtur's hands. Odin's power and throne were ceded to his son: Thor, God of Thunder. For years, Thor had lived on Earth as protector, champion and Avenger - endearing himself to the entire world. Having lived a mortal's life, Earth's well-being was of paramount importance to the Thunder God. But his ascension to the throne has interfered with that mission. Asgard's interests have forced him to ignore Earth. So using a power only the greatest of gods might possess, Asgard's liege has transported Asgard to Earth, where it now floats majestically above New York City. There does the conflict begin!