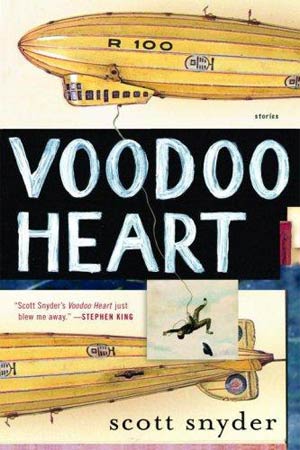 "Scott Snyder's protagonists inhabit a playfully deranged fictional world in which a Wall Street trader can find himself armed with a speargun, guarding a Dumpster outside a pawnshop in Florida; or an employee at Niagara Falls (his job: watching for jumpers) will take off in a car after a blimp in which his girlfriend has escaped. But in Snyder's wondrous imagination there's a thin membrane between the whimsical and the disturbing: the unlikely affair between a famous actress--in hiding after surgery--and a sporting goods salesman takes an ominous turn just as she begins to heal; an engaged couple's relationship is fractured when one of them becomes obsessed with an inmate at the women's prison next door.