"It's the 20th anniversary of the comic book that launched the Image Revolution in 1992! ROB LIEFELD's YOUNGBLOOD returns bigger and better than ever with an all-new look at the next generation of superheroes, courtesy of screenwriter JOHN McLAUGHLIN (Black Swan, Parker), up-and-coming artist JON MALIN and YOUNGBLOOD creator and Image founder ROB LIEFELD! In this first issue, a young reporter is embedded in the Youngblood team. Her assignment is to gather enough information for a humiliating puff piece, but she quickly discovers Shaft, Vogue, Lady Photon, Die Hard and Cougar are a team to be reckoned with. Badrock would be part of the group too... if he wasn't in a coma with wounds that have nearly pulverized his otherwise rock-hard hide." 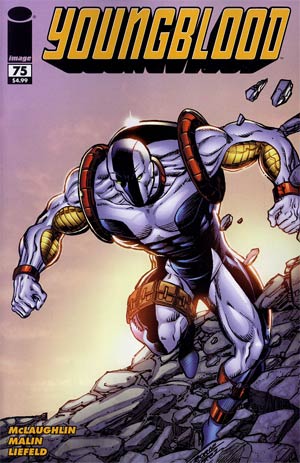 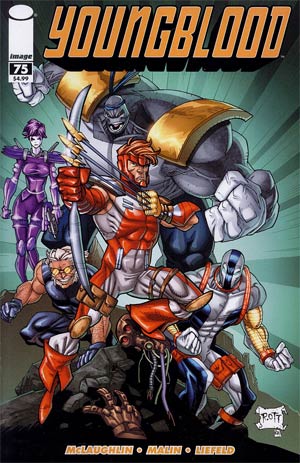