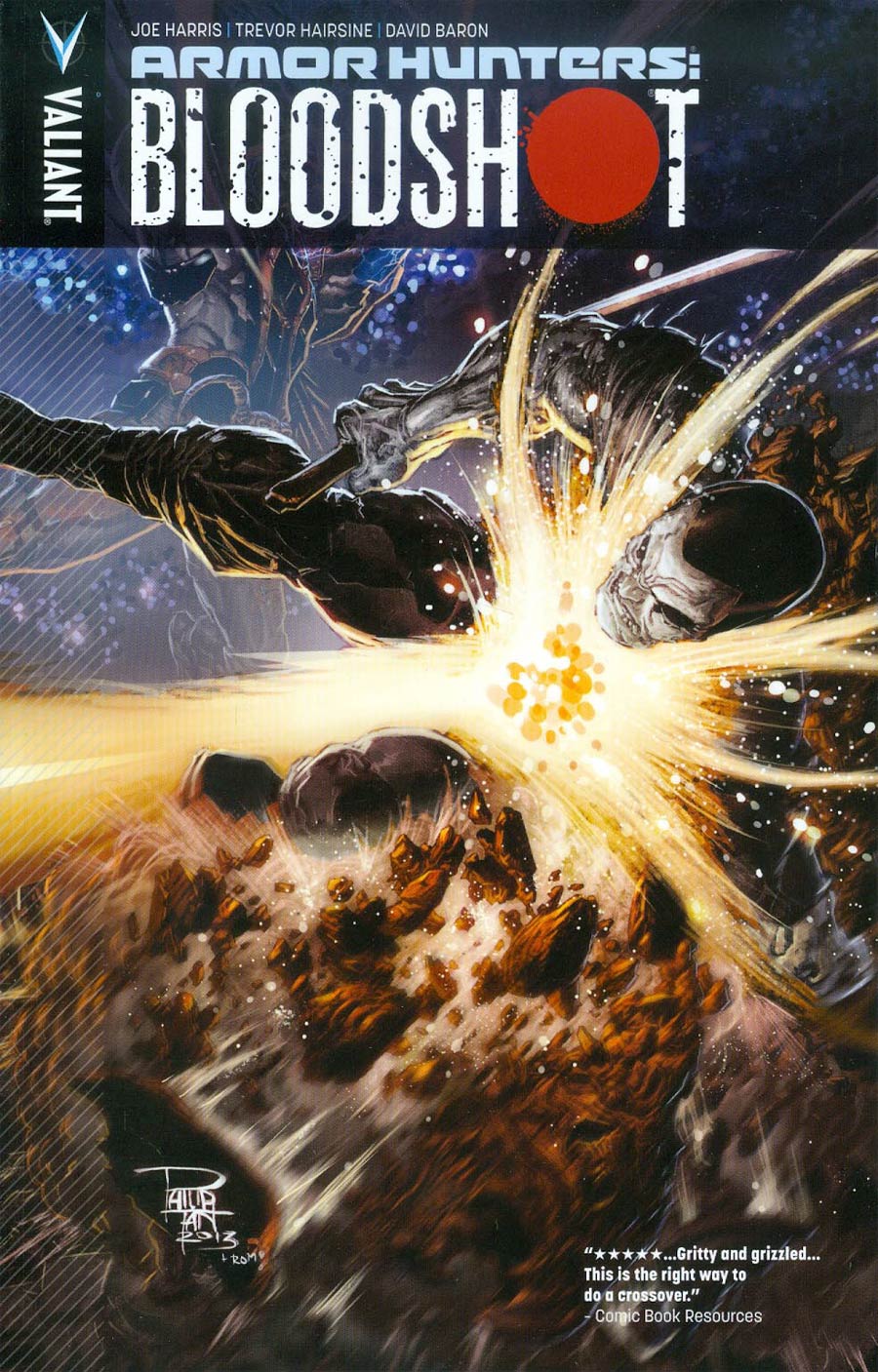 The hunters become the hunted! With the major capitals of Earth under siege by the Armor Hunters, the world's most dangerous weapon has decided to come in from the cold - and into the service of the top-secret Military Extraterrestrial Reconnaissance Outpost (M.E.R.O.)! But when one of the Armor Hunters' own stages an extraterrestrial jailbreak inside of M.E.R.O.'s fortified command center, the nanite-enhanced commando known as Bloodshot will become the last thing standing between the galaxy's most feared team of hunter-killers and a classifi ed arsenal of secret weapons far too deadly for human hands! From fan favorite writer Joe Harris (Great Pacific, The X-Files: Season 10) and superstar artist Trevor Hairsine (X-Men: Deadly Genesis), start reading here as Project Rising Spirit's most dangerous soldier brings the hunt to the hunters! Collecting ARMOR HUNTERS: BLOODSHOT #1-3, alongside the never-before-revealed origin of Bloodshot from BLOODSHOT# 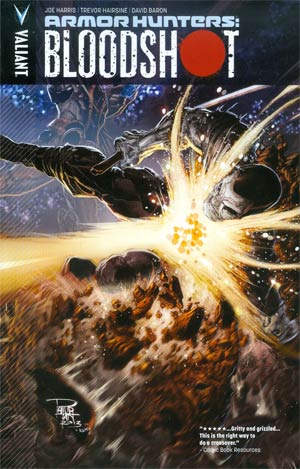