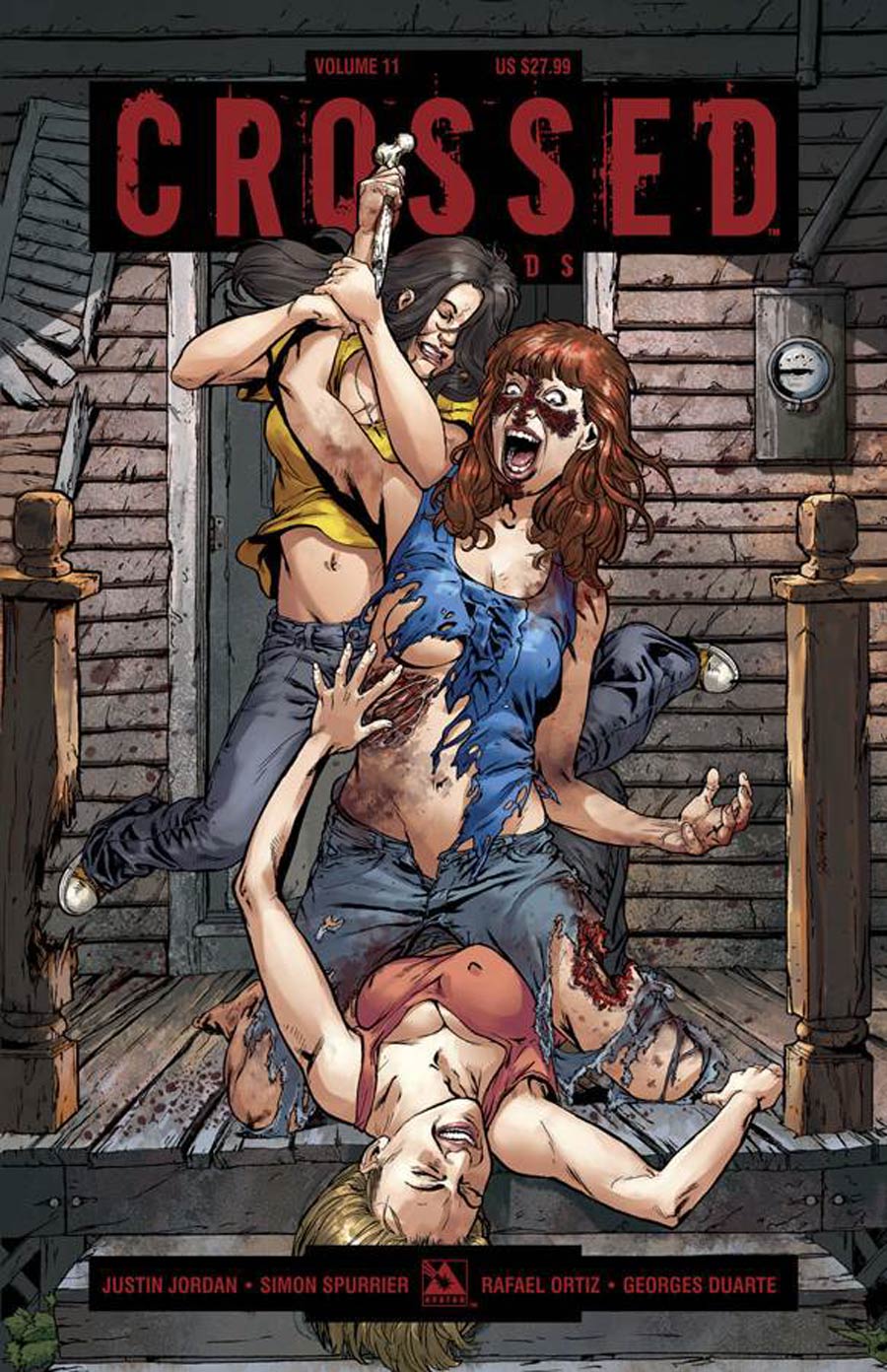 The Crossed universe is an unyielding nightmare vision of animal depravity and homicidal insanity. In this volume, two of the industry's best new talents come together to tell very different stories of despair. Simon Spurrier takes you to a picturesque environment in the English countryside with tweeting birds, friendly vicars, crumpets and jam, and a mob of Crossed lurking near the duck pond. No one sees Wheezy the fat asthmatic kid hiding up in the old tower but if he shows his face it will only be the farmer's wife between him and a bloody fate. The problem is, she's Crossed too. And newly-Crossed Justin Jordan tells his first diabolical tale as two women attempt to escape the band of monsters out for their blood. When a mysterious unseen Samaritan helps them escape to a sanctuary it seems as though they've found what little safety there is in the new world order. But trusting anyone in the world of Crossed usually leads to a gut-wrenching and miserable end. Crossed Vol 11 TP collects Crossed 2014 Annual and issues #57 - 61 of the ongoing Crossed: Badlands comic book series.