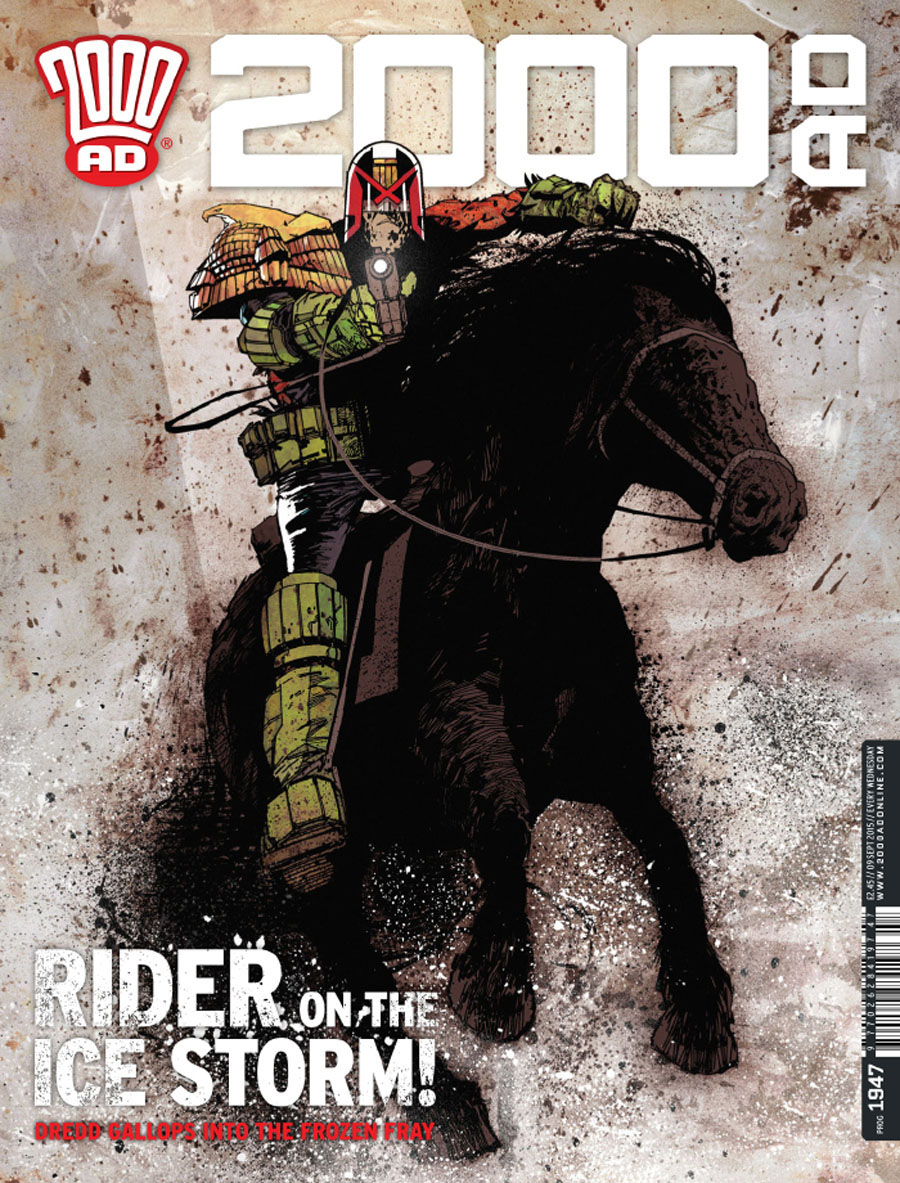 Blazing SF action from the Eisner-nominated UK anthology! Dredd battles the entities that are swarming over Mega-City One in the explosive finale to 'Enceladus: Old Life' by Rob Williams and Henry Flint; then he leads a team of rangers into the lawless areas of the metropolis in 'Ghost Town' by Ian Edginton and Dave Taylor; Exley Priory gives up its secrets in The Alienist: The Haunting of Hex House by Gordon Rennie, Emma Beeby and Eoin Coveney; Bulliet makes plans to bust out of the Grey Area, courtesy of Dan Abnett and Mark Harrison; and we enter the minds of the most terrifying creatures to ever have existed in 'Dreams of Deadworld,' by Kek-W and Dave Kendall! Dredd is contacted by an old nemesis in 'Serial Serial' by John Wagner and Colin MacNeil; the dead want revenge in Defoe: The London Hanged by Pat Mills and Leigh Gallagher; Wren's sanity is at risk in Book Four of Brass Sun by Ian Edginton and INJ Culbard; and the old survivors of Bad Company are back, struggling with PTSD and becoming aware secrets are being kept from them in 'First Casualties' by Peter Milligan, Rufus Dayglo and Jim McCarthy! 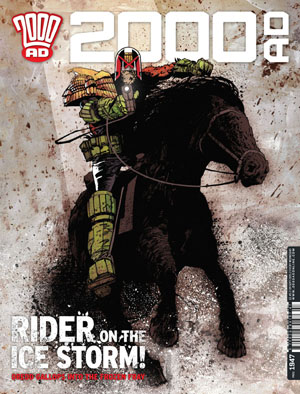