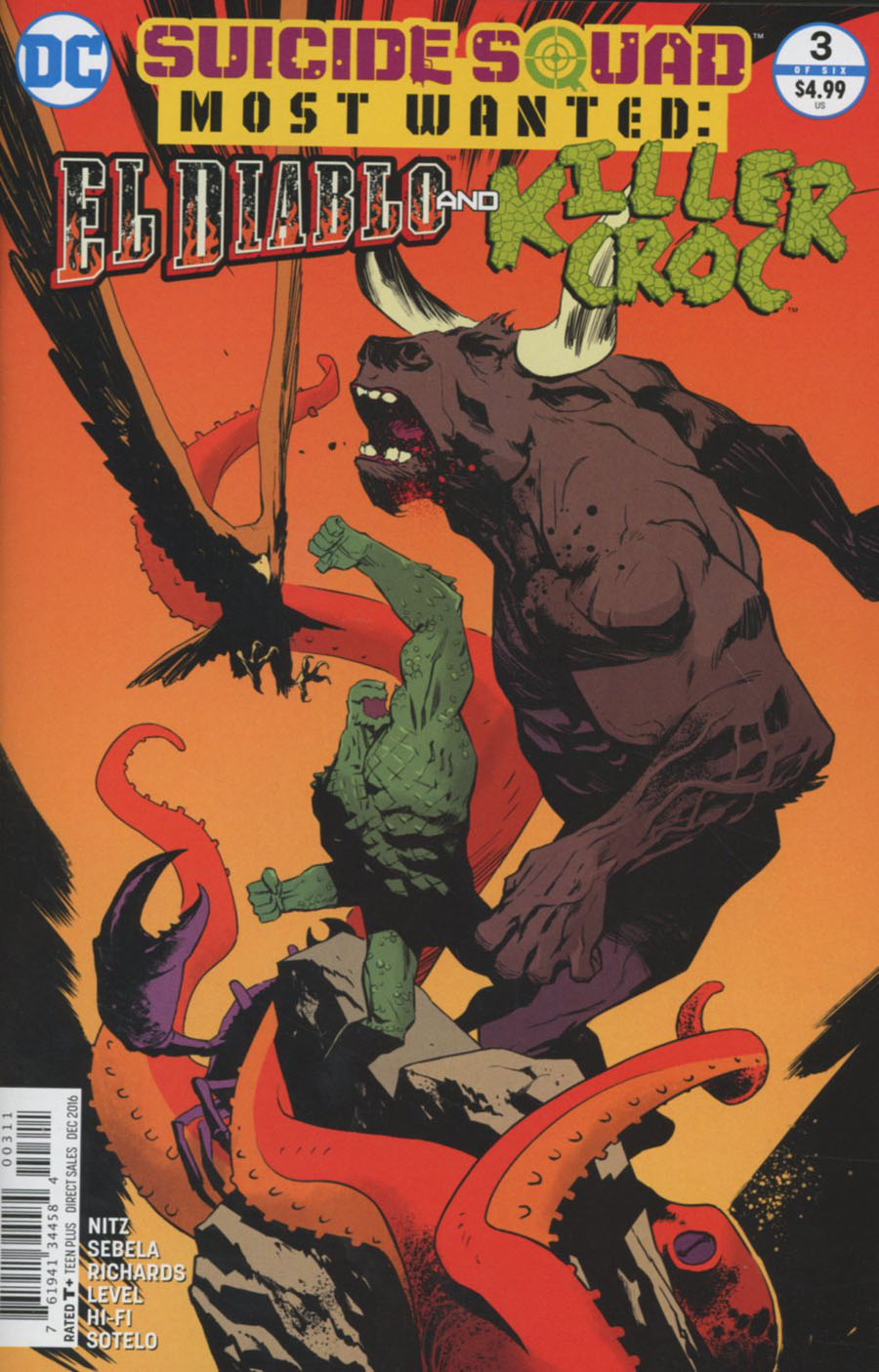 The new miniseries continues with Killer Croc! Double-crossed by his friends, El Diablo is saved from capture by the mysterious heroine known as Azucar, who convinces the skeptical Chato Santana to accompany her to Gotham City to unravel the mystery that has put him in the crosshairs of both Checkmate and the Suicide Squad. But can they survive against those two super-teams as well as Gotham City's greatest villains and its most notorious hero? And in the first chapter of a two-part Killer Croc tale written by Chris Sebela (alumnus of DC's Writers Workshop program), Croc takes off on a solo mission to an island inhabited by mindless monsters, which makes him the brainiest of the bunch! But can he find the line between humanity and monstrosity before all-out war erupts? 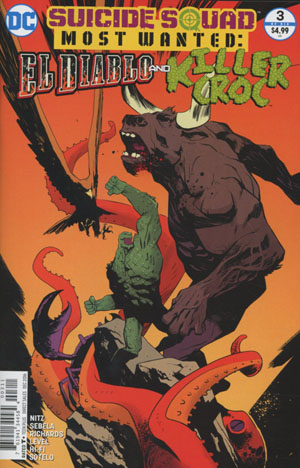 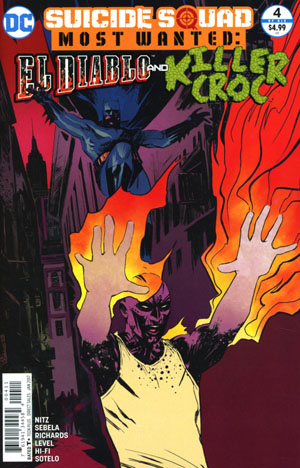