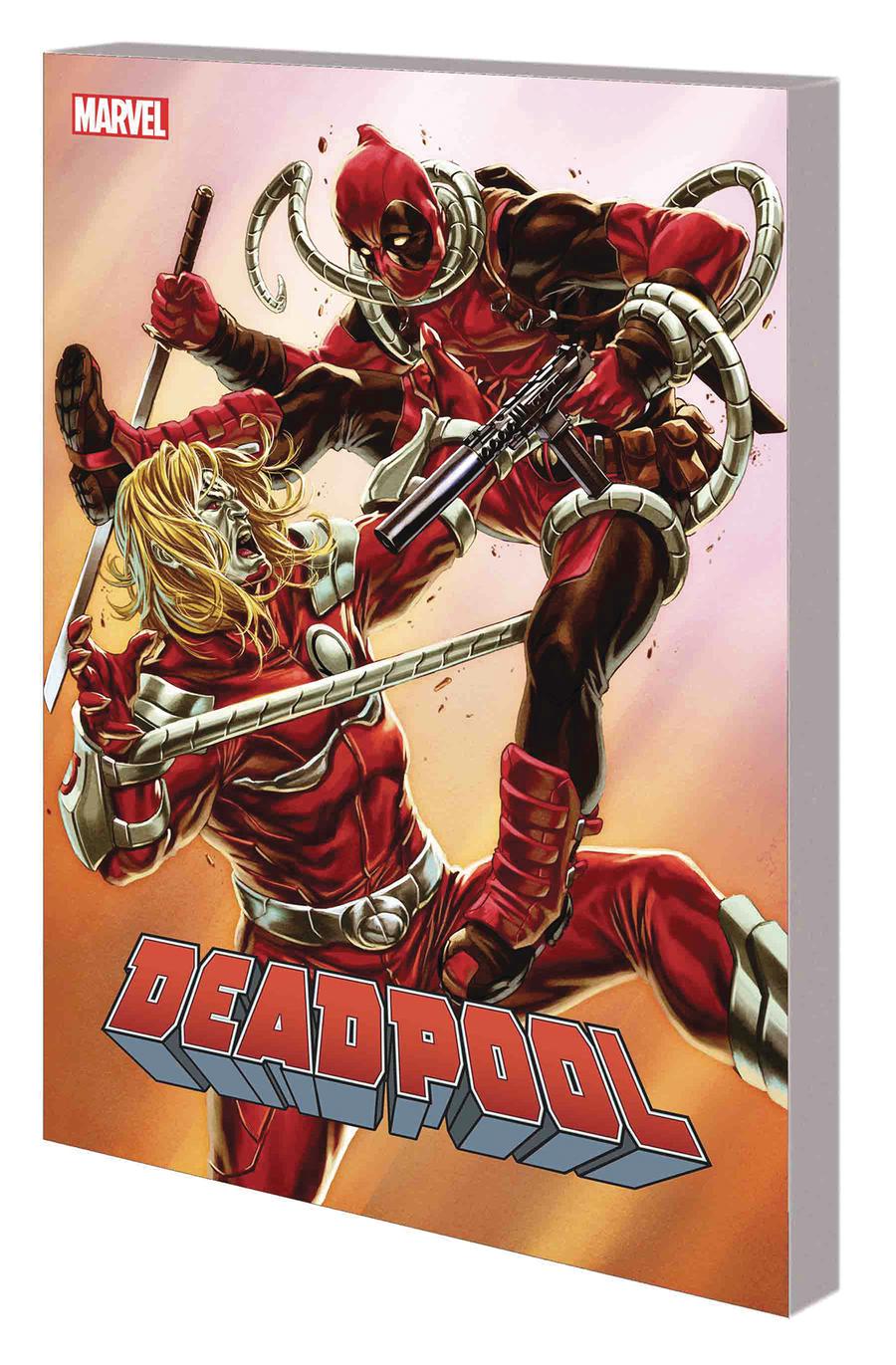 The end of an era for the Merc with the Mouth! And it begins with Wade Wilson getting his Axis handed to him, as he gives up violence and finds peace as Zenpool! But what good will that do him when the inverted X-Men wreak havoc? Then, the good folks at Roxxon bring you a special educational story about gamma fracking! The late Logan is mourned! Deadpool takes on Omega Red, goes tomb raiding with Shiklah and faces every last vengeance-seeking terrorist of Ultimatum! Learn what Wade was up to while wielding the Infinity Gauntlet! And as the last days of the Marvel Universe draw near, it's finally time for Deadpool to die…but what fate awaits his widow Shiklah on Battleworld? Collecting DEATH OF WOLVERINE: DEADPOOL & CAPTAIN AMERICA, DEADPOOL (2012) #35-45 and MRS. DEADPOOL AND THE HOWLING COMMANDOS #1-4.
Parental Advisory 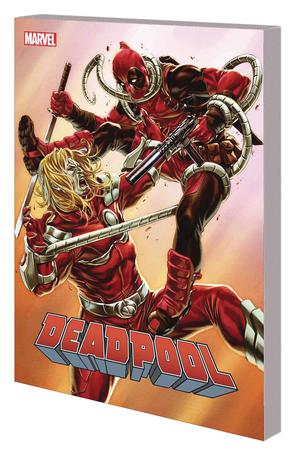