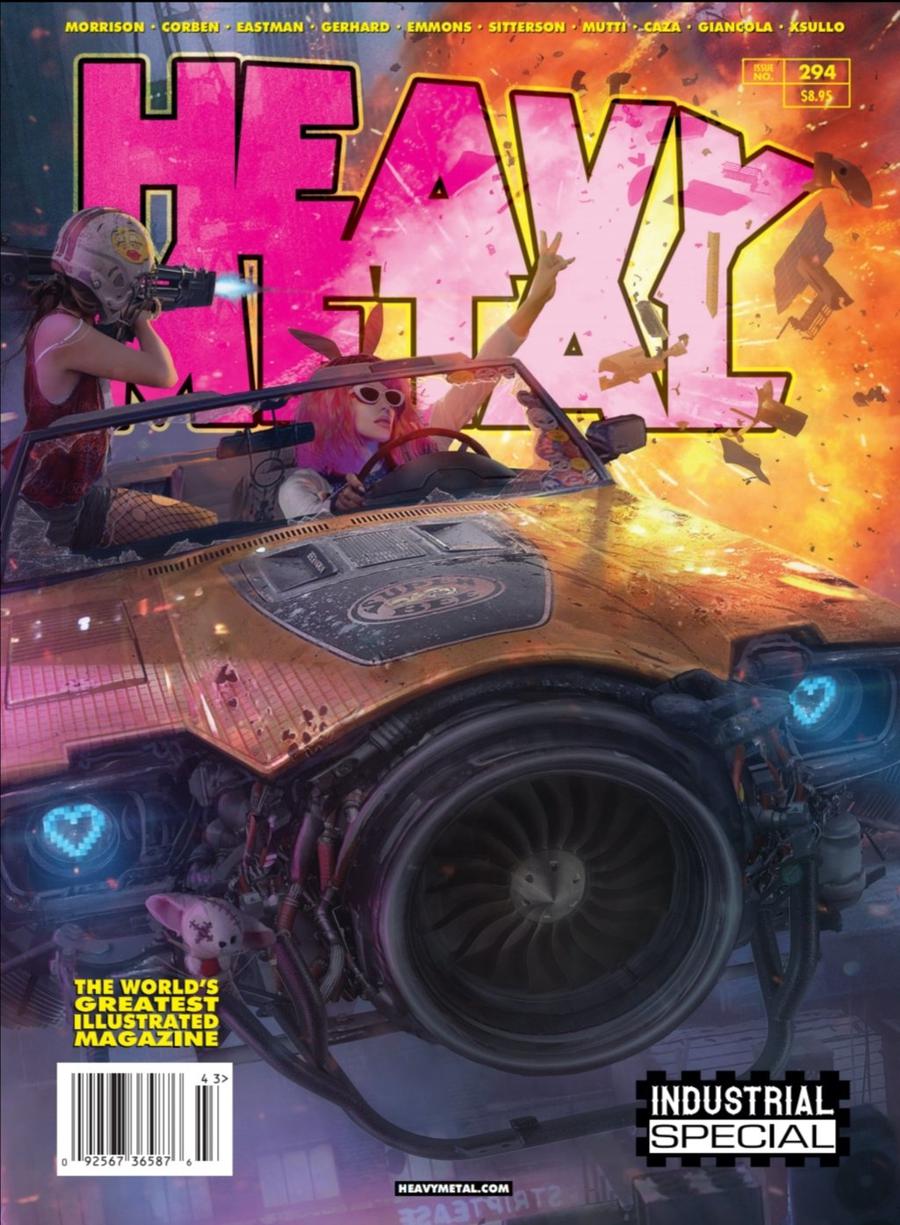 The Industrial Special features more than a dozen stories of technology and man at conflict.

Industrial band, MINISTRY, makes their debut in Heavy Metal with an adaptation of their song &quotTheives" by Aubrey Sitterson with art by Andrea Mutti.

&quotIF/THEN" by Genevieve Valentine with art by Augustin Alessio shows how a kind heart can change cold circuitry.

&quot1NF3RN0" by Curt Pires & Thom London with art by Antonio Fuso shows a future where religion is dictated by giant machines, who make mistakes more often than they like to admit.

&quotCaretaker" by Matt Emmons is a story about the Earth’s stewards after the time of man.

&quotInto The Black" is a Bladerunner style graphic novelette by newcomers Keith Grassmick and Nick Philpott with colors by Dennis Calero.

Dwayne Harris delivers a short but sweet tale of hilarious misfortune in the digital age with &quotGlitch."

Michael Dupless, Frank Forte and Mora Mike’s &quotMachine Age Voodoo" shows the dangers of man and machine on the edge of war.

Newcomer Jesse Lonergan showcases a metamorph hitmn on forgotten worlds looking for his place amongst them.

Continuing in this issue are chapter 4 of Grant Morrison & Gerhard’s &quotSmile of the Absent Cat", Chapter 8 of Richard Corben’s &quotMurky World."