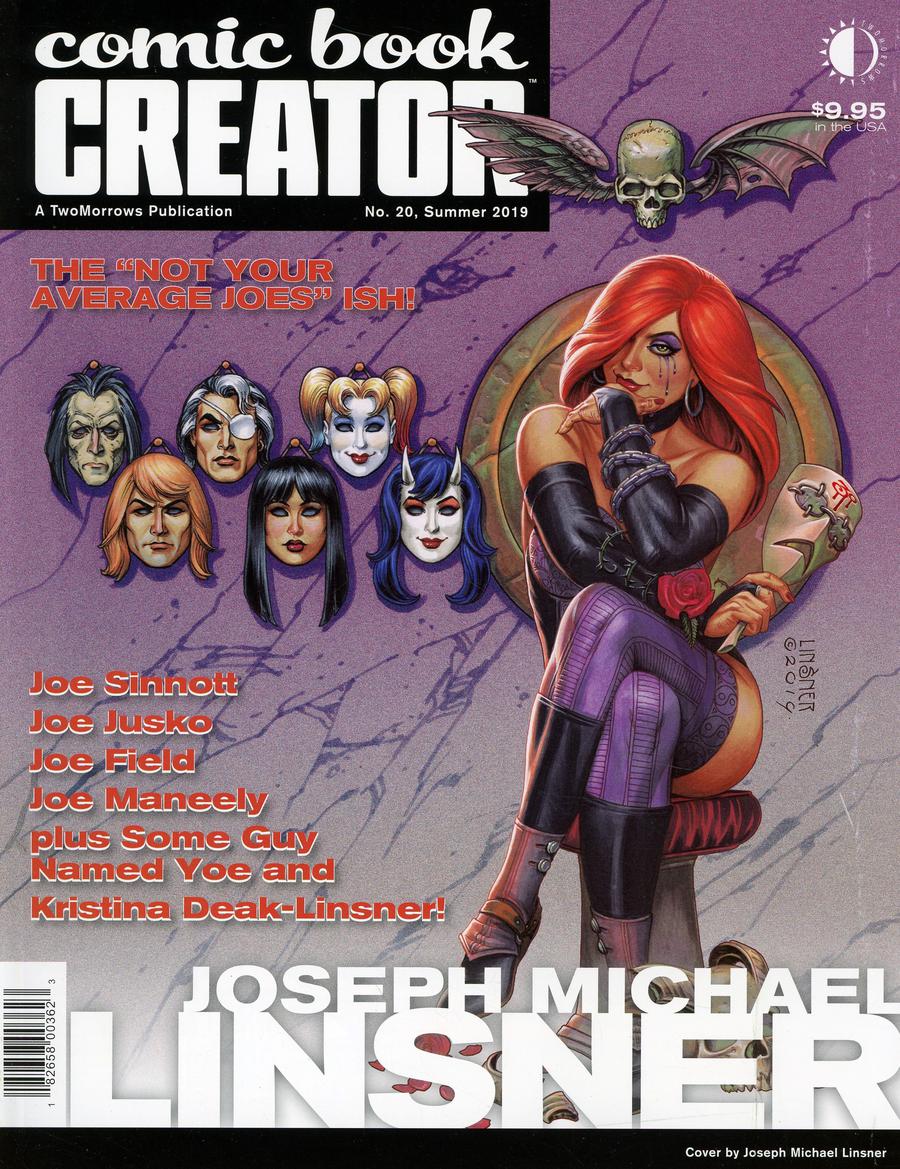 &QUOTNot Your Average Joes" is the theme of Comic Book Creator, headlined by an exhaustive interview with Joseph Michael Linsner on the occasion of the 30th anniversary of his signature creation Cry For Dawn, discussing his many years as a comics professional and current work on Vampirella. (We also talk with Joe's significant other, Kristina Deak-Linsner, about the distinction of being Vampi's first female artist!) Then CBC spends Sunday Brunch with the great Joe Sinnott, catching up with the legendary artist to discuss his years at Marvel, inking Jack Kirby's work, and his nearly forgotten masterworks produced for Treasure Chest. Plus Joe Jusko talks about the Marvel Age of Comics and his fabulous &QUOTCorner Box Collection," which honor the great '60s cover design element produced by the House of Ideas! 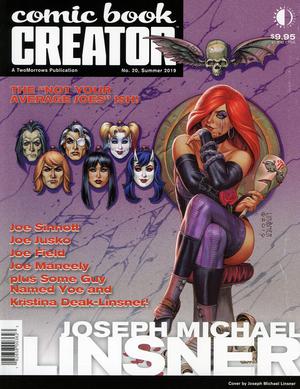