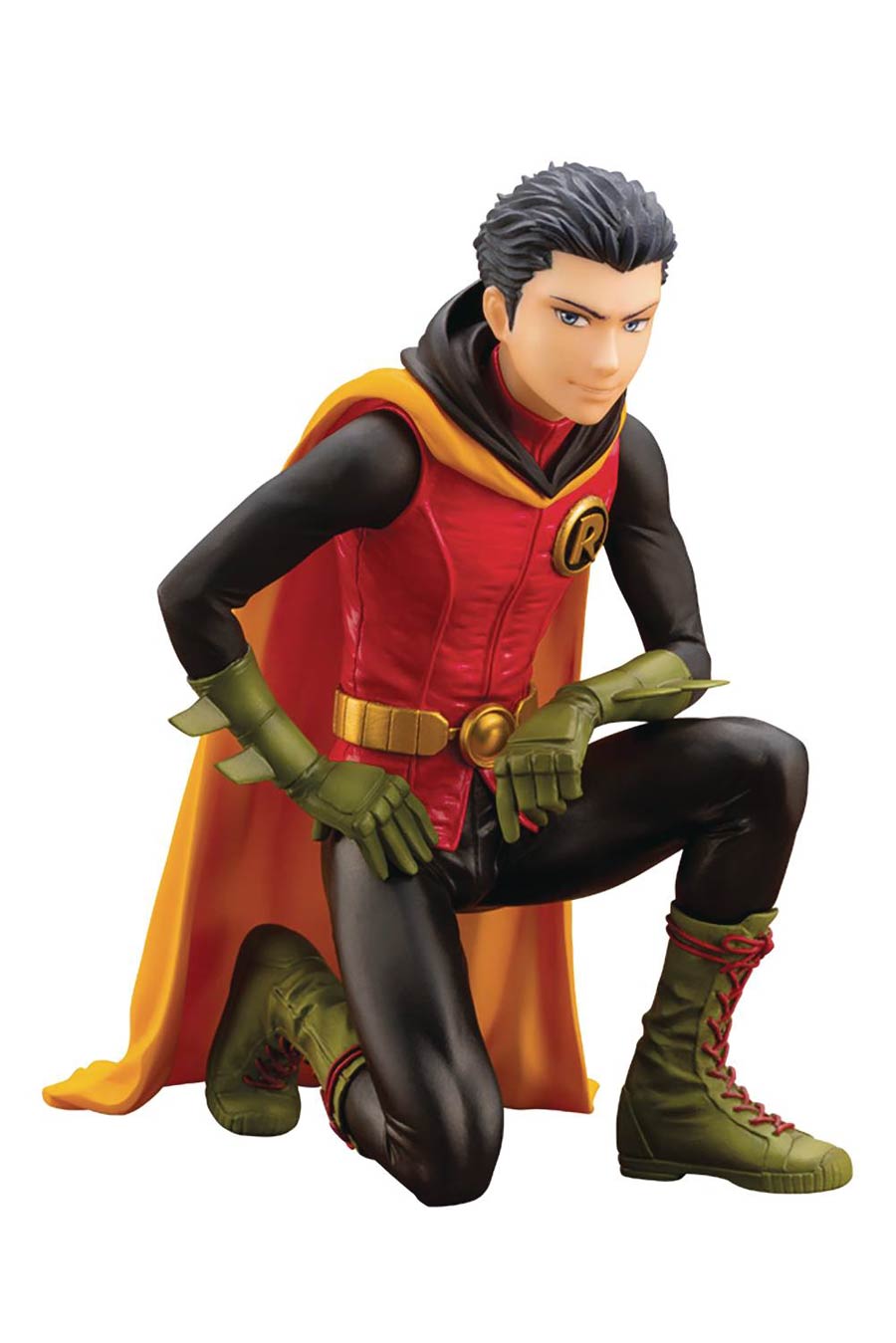 "From Kotobukiya. Kotobukiya's new IKEMEN series is recreating popular American comic book characters and showing them in a new light through a Japanese &QUOTIKEMEN" aesthetic. The fourth entry in the series is the biological son of Batman, Damian Wayne in his role as Robin! The sculpting of Damian's slim yet slightly toned form gives you a glimpse his duality as both a young man and a hero, making this IKEMEN a must for all Damian fans! Damian comes with two different head parts, allowing you to display him with or without his domino mask. Customers who purchase the first edition of the statue will also receive a hooded head part for Damian, showing off yet another side of the character. A unique series, collect all of the IKEMEN to explore the personal side of the Batman family! NOTE: The Hooded ver. head parts will only be included in the first edition of the product, and will not be included in any subsequent reproductions." 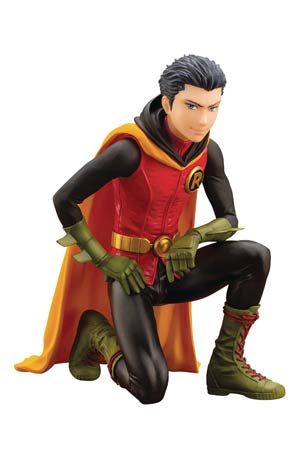