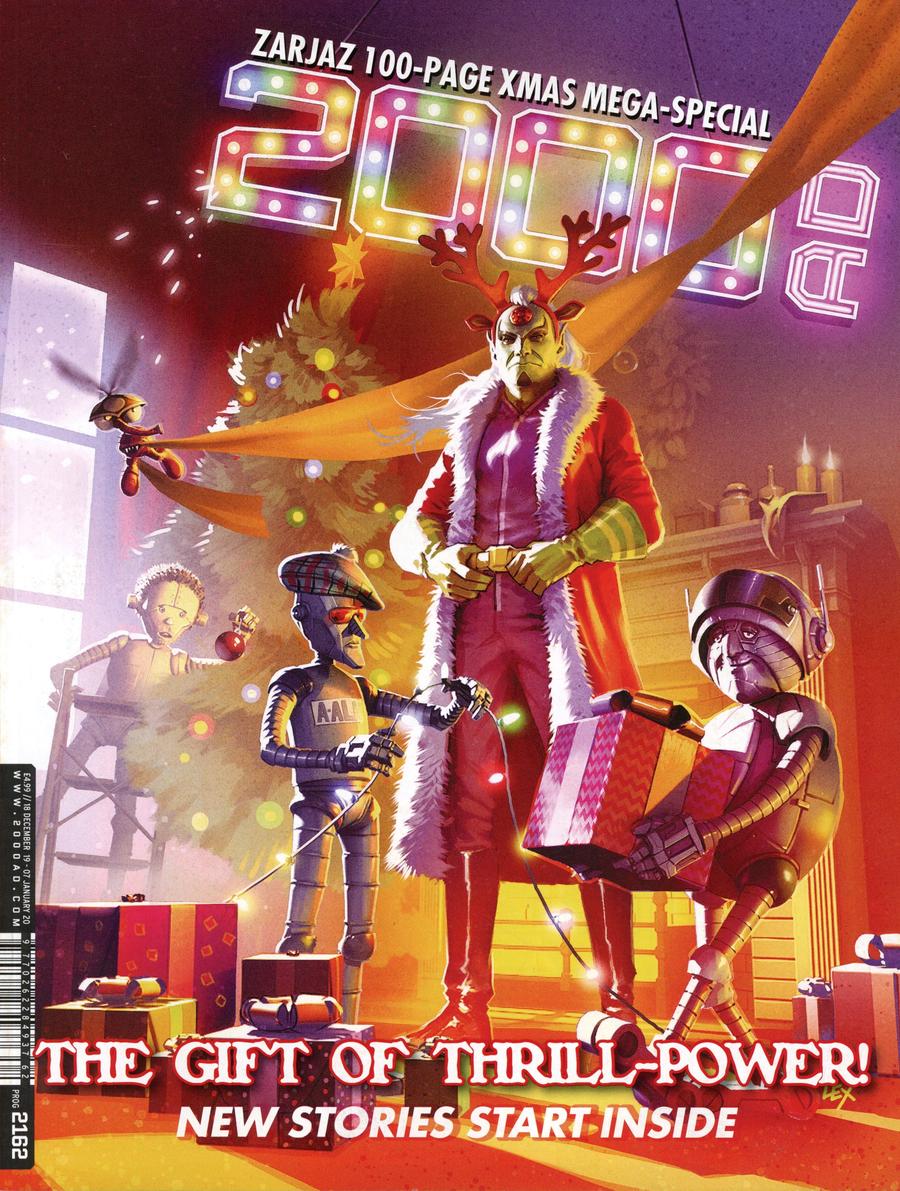 In the legendary 2000 AD spectacular 100-page festive issue all-new stories, journey to a world beyond imagination in The Zaucer of Zilk: A Zaucerful of Secrets by Peter Hogan and Brendan McCarthy, the follow-up to 2012's phantasmagoric first series by Al Ewing and McCarthy, as an old enemy of the wand-wielding Zaucer comes looking for revenge; there's more head-spinning weirdness in Proteus Vex: Another Dawn by Michael Carroll and Henry Flint, a brand-new SF spy series set in an alien galaxy; Kingdom creators Dan Abnett and Richard Elson reunite on a new fantasy saga, Feral & Foe, as a pair of creatures that would normally be hunted down by the humans are tasked with targeting their own kind; Bridget Kurtis's investigations lead her to the site of a massacre in Brink: 'Hate Box' by Dan Abnett and INJ Culbard; a young man takes a step into a wider world in 'Graduation Day' by Gordon Rennie and Tiernen Trevallion; future lawman Judge Dredd has another seasonal case, plus much more! 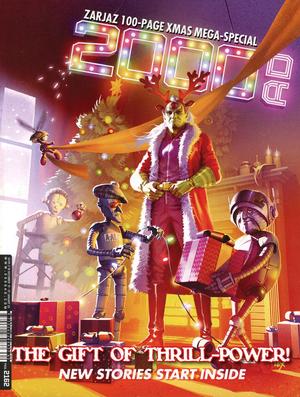