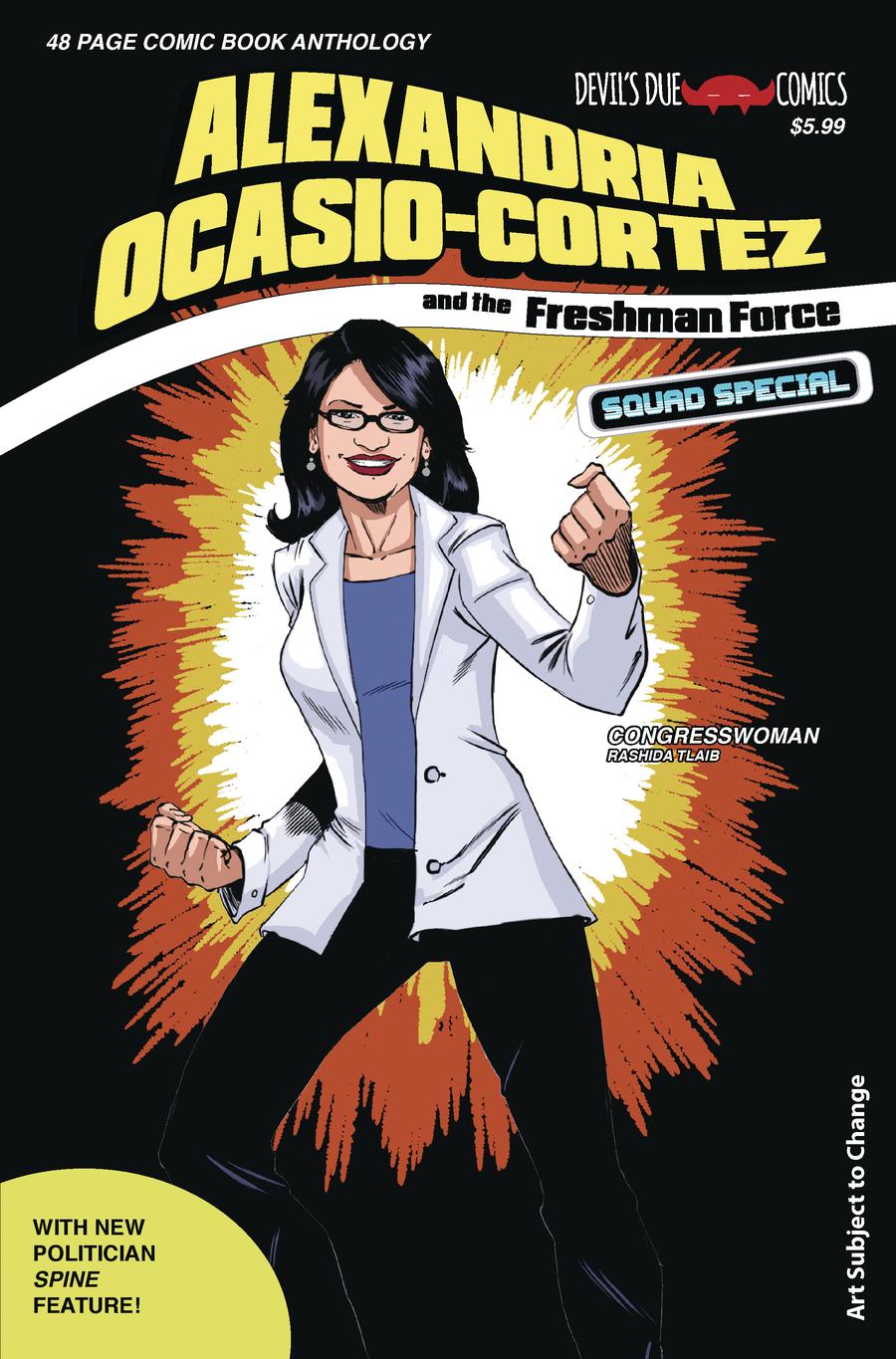 The sequel to the most talked-about comic book in the world in Spring 2019, now featuring stories inspired by the four Congresswomen now known as 'the Squad!' In this anthology special, comic creators come together with stories from fun to furious, as the Squad engages in a series of super-heroic mini-adventures, taking on the establishment from within. Partial proceeds from this issue are going to immigrant charities Raices Texas and Second Families. 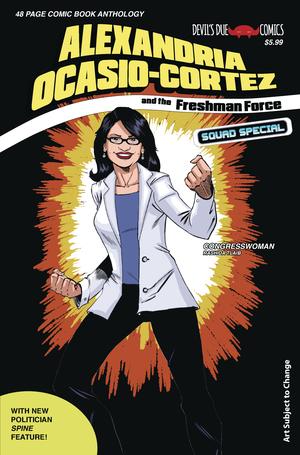