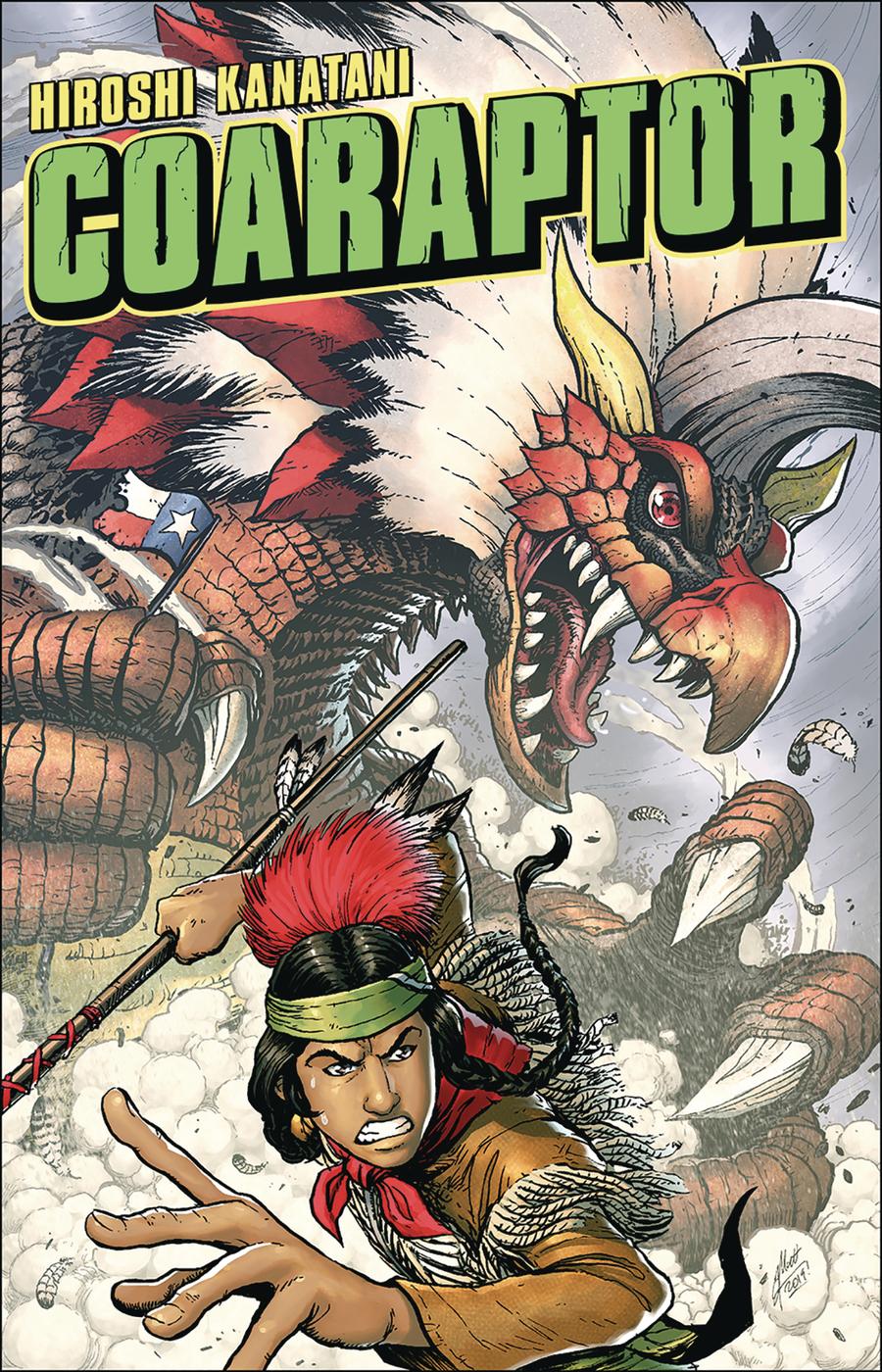 It's the Very Big vs. the Very Bad-both very ugly-in the Old West!
The American West, early 19th century. Under the orders of the wealthy, greedy Mr. Josihk, both the local Native Americans and the herds of bison are being driven to extinction. Then Gomda, a warrior of the Kaiowa tribe. appears with a warning: Josihk's over-hunting of bison has awakened a living force of nature: the kaiju Coaraptor! Armed only with an iron spear, can one man save the Kaiowa lands from a double threat of decimation? 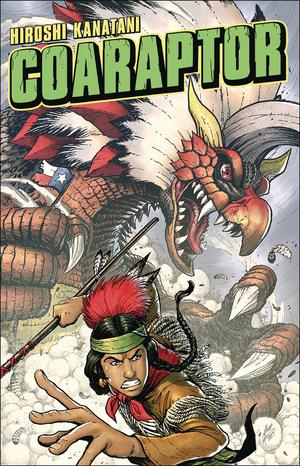 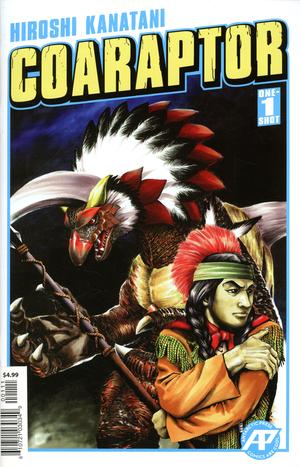 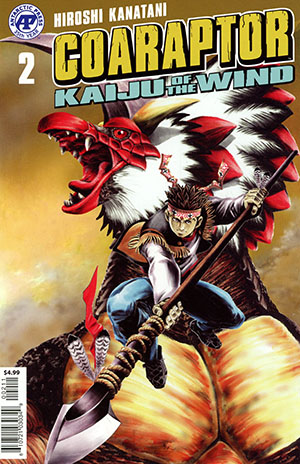 Coaraptor #2 Kaiju Of The Wind

Coaraptor #2 Kaiju Of The Wind