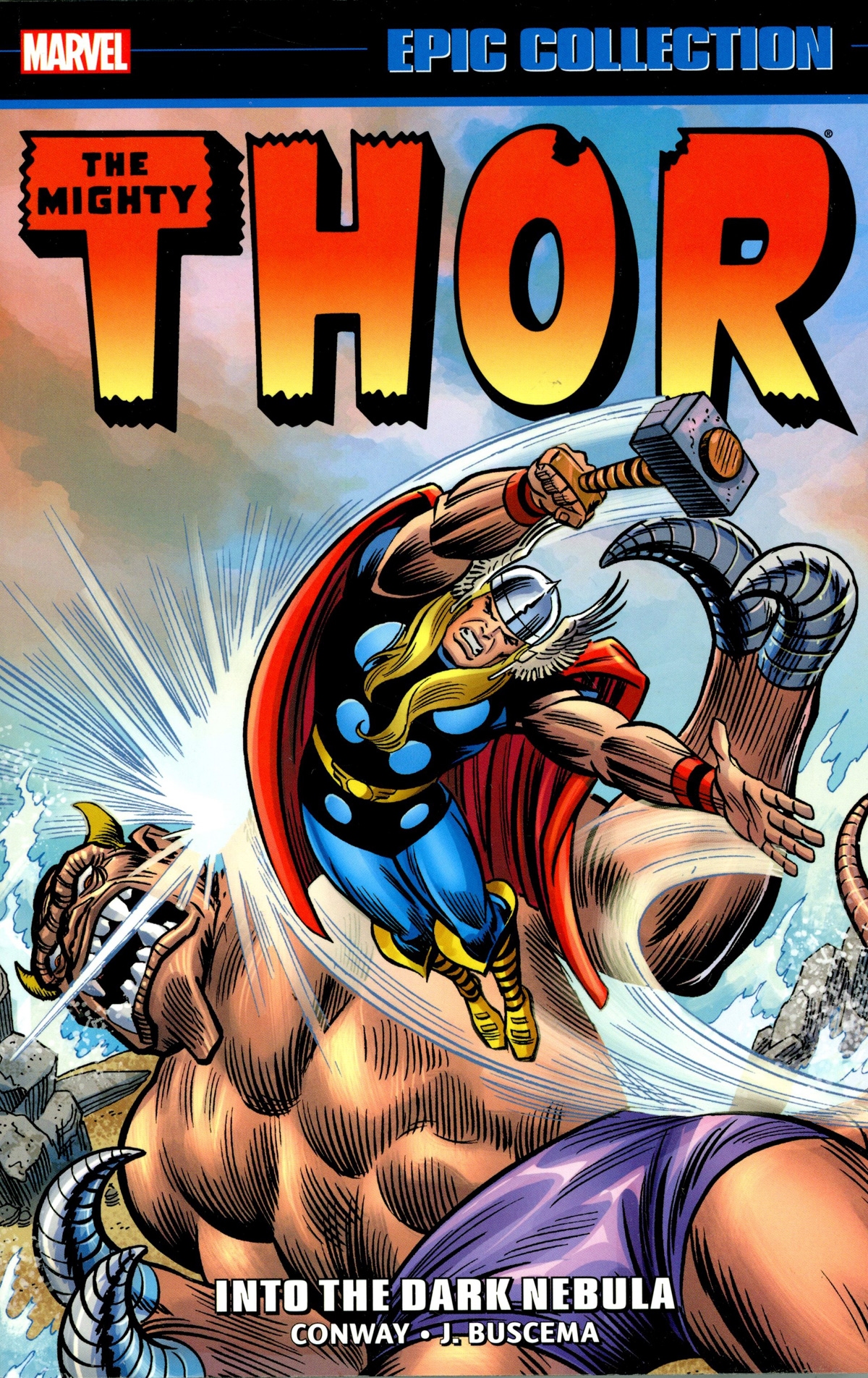 Death is not the end! When Odin sends Thor on a quest to the World's End, Loki looses the Mangog - a monster powered by the anger and hatred of a billion beings! It's an all-out epic that leads to the tragic death of Odin - but when Pluto comes to claim Odin's soul, a war with Hela, queen of the dead, erupts. What will become of the All-Father? Then, Ego Prime goes on a time-twisting, evolution-bending rampage - and once the dust settles, Thor and company find themselves exiled from Asgard! Seeing his opportunity, Ulik, king of the Trolls, attempts to wrest Mjolnir from Thor and conquer Earth. The action leads directly into the Dark Nebula - where the 4-D Man and Xorr stand between Thor and the life of Lady Sif! Collecting THOR (1966) #195-216. Rated T 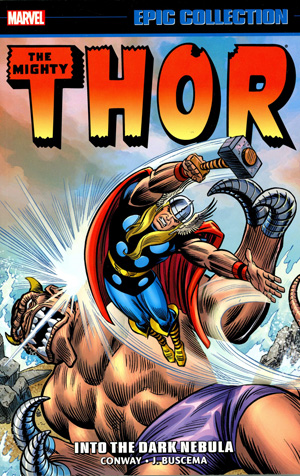