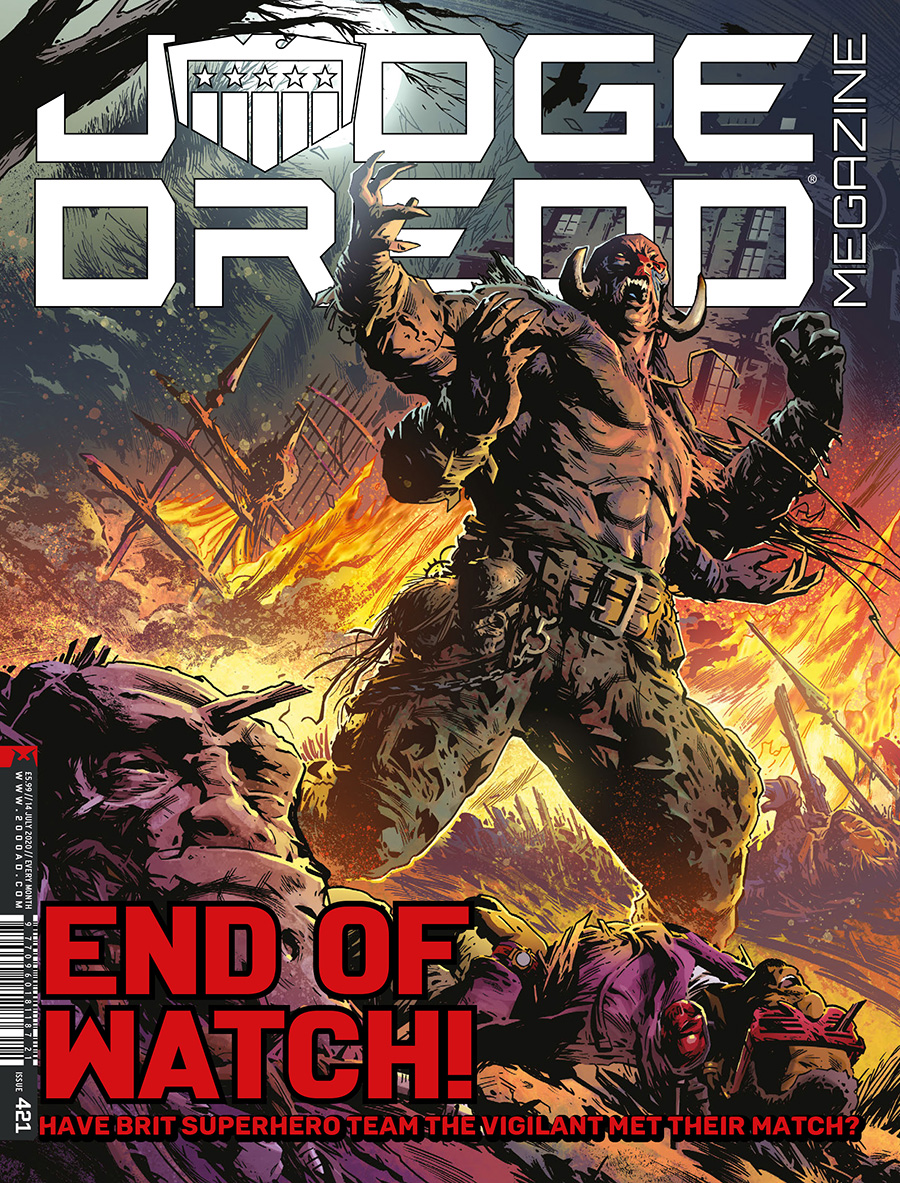 More action and adventure in the future-shocked world of Judge Dredd!

A Euro-Cit Judge travels to Mega-City One in a bid to help apprehend a wanted felon in &quotThe Fugitive" organized crime gets a foothold in Badrock in &quotLawless: Boom Town" Blunt and the survivors must get off Getri-1 before the alien Zhind arrive in the penultimate chapter of the thriller; and meanwhile, the second half of the issue is taken up with the concluding third arc of The Vigilant, as Dr. Sin, Thunderbolt, Leopard and the rest of the revived Brit super-heroes face down the evil Von Hoffman for the last time! In the bagged mini-trade, to mark The Vigilant's finale, a selection of the greatest hits of the Steel Commando, Blake Edmonds, the Steel Claw, and more! 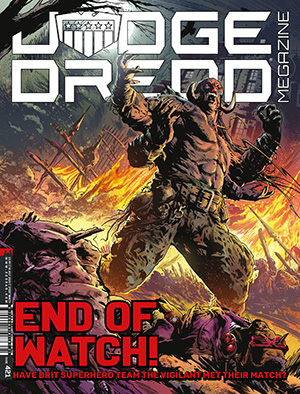