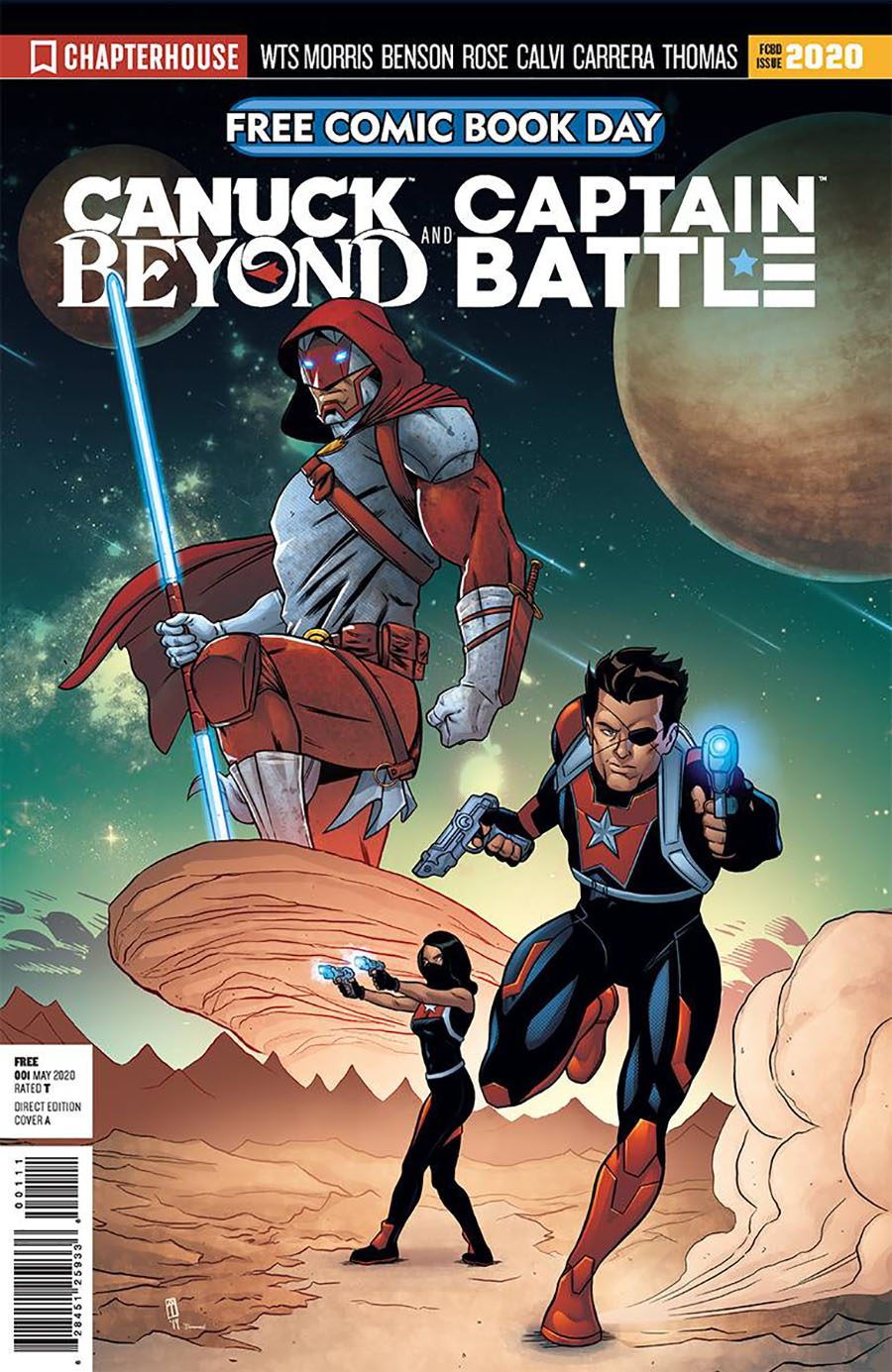 "Tom Evans, Known to the world as Captain Canuck, died saving the planet from an alien invasion... or so we thought. Having been flung through an inter-dimensional space engine he now finds himself stranded on an alien world deep within the universe someplace... Beyond. Back on Earth, Captain Battle, America's genius Army inventor, has suited up to track down the last remnants of those who betrayed Earth during the Invasion, starting with HALO's Saskia Reid. Join Canadian writer Adrien Benson and American writer Keith WTS Morris as they join forces (along with artists Sergio Carrera and Esteban Calvi) as they take you around the world and deep into space! 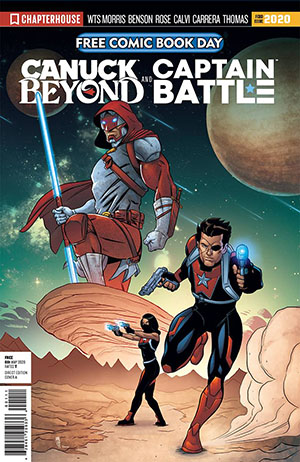