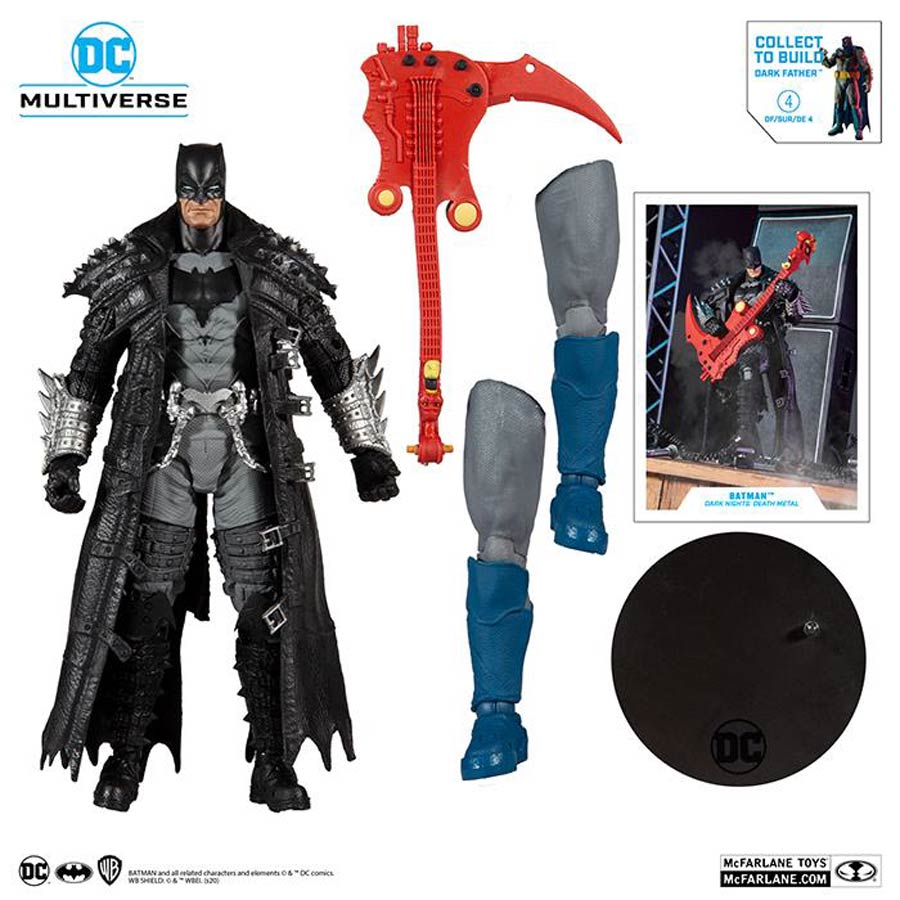 The DC Universe fell to the Darkest Knight and his allies in DC Comics' 2020 event Dark Nights: Death Metal, and McFarlane Toys brings fans a series of 7" scale figures based on the designs of fan-favorite artist Greg Capullo! The DC Universe: Death Metal Build-a-Figure 7-Inch Action Figures include incredible new versions of the Trinity - Batman with his guitar, Superman consumed by Anti-Life, and Wonder Woman with the Chainsaw of Truth - as well as the Robin King, a demented and evil version of the child Bruce Wayne from the Dark Multiverse. In addition to accessories, each figure comes with a build-a-figure piece to create an exclusive and chilling figure of the Darkfather Batman, a Batman who defeated Darkseid, ascended to godhood as a New God, and assumed the throne of the lord of Apokalips. Collect the DC Universe: Death Metal Build-a-Figure 7-Inch Action Figures and build your collection of McFarlane's dynamic DC Multiverse figures this summer! 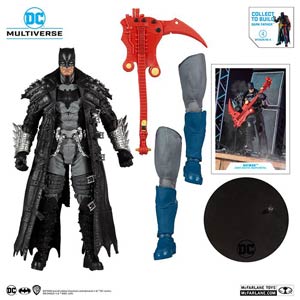