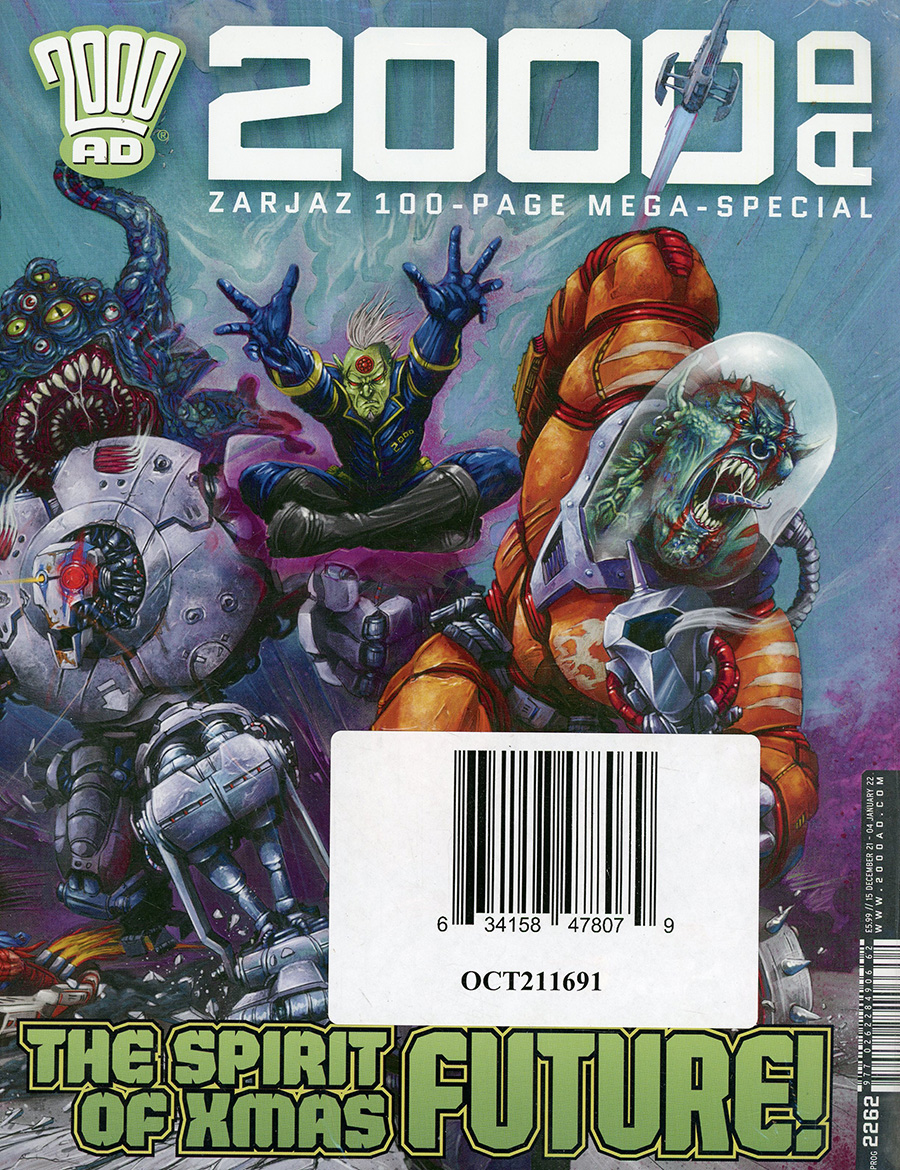 Incredible SF action from the Eisner-nominated UK anthology! The last two regular issues of the year wrap up the storylines - Sensitive Klegg puts on a show no one will forget in Judge Dredd: The Musical; the Martian war reaches its climax in Scarlet Traces: Storm Front; The Diaboliks battle an alliance of villains in &quotLondon Calling" Cyd is on the run again in The Out; and Dexter has dino-trouble! The Galaxy's Greatest Comic celebrates Xmas with another stunning 100-page bumper issue, featuring a brand-new line-up of stories - Judge Dredd teams up with a couple of familiar faces in &quotTrinity" Proteus Vex is the universe's most wanted in &quotDesire Paths" The Order journey into the depths of unknown time in &quotFantastic Voyage" shock revelations rock our team of warriors in Kingmaker: &quotFalls the Shadow" go beyond the veil in The Fall of Deadworld: &quotJessica" plus there's a seasonal trip to Mega-City One's most infamous penitentiary, and lots more! 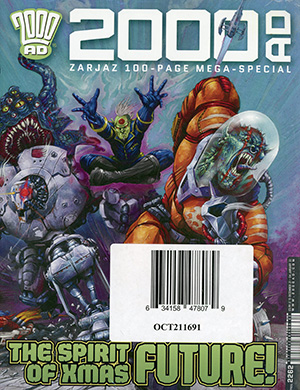