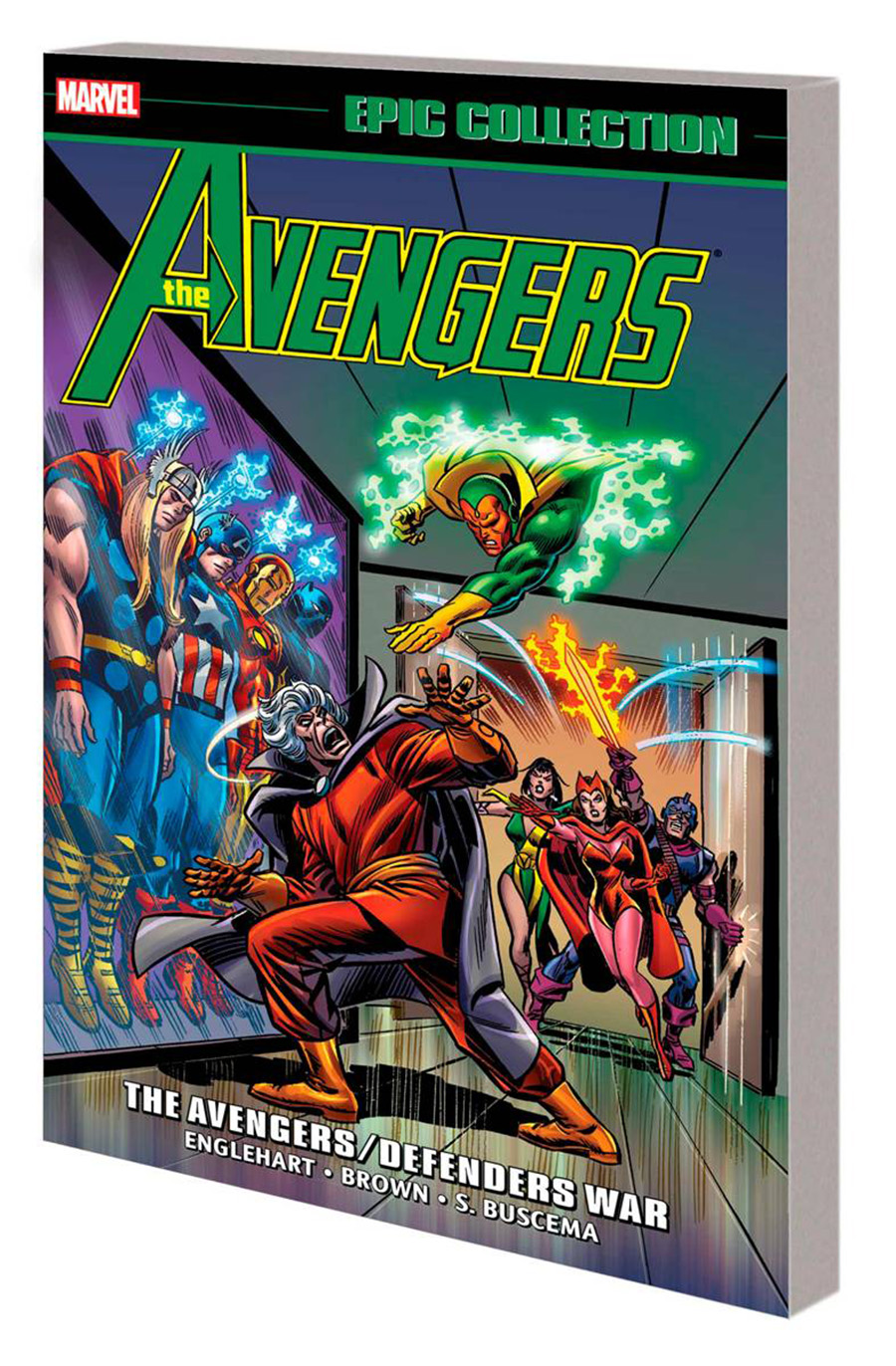 The Avengers battle the Defenders in comics' first great crossover battle royale! It's hero against hero in the sensational summer hit of 1973: Cap vs. Namor! Thor vs. Hulk! It's the original, and there's never been another one like it.

All this, plus the origin of Mantis; an all-hands-on-deck battle with the Zodiac; the Avengers vs. Thanos and the Cosmic Cube; a Giant-Size adventure alongside Golden Age heroes Miss America and the Whizzer; the wedding of Quicksilver and Crystal; the return of Ultron and an increasingly tense love triangle between the Scarlet Witch, the Vision and Mantis!

And as an added bonus feature, rare Avengers pinups, profiles and more from the pages of the '70s fanzine F.O.O.M.! 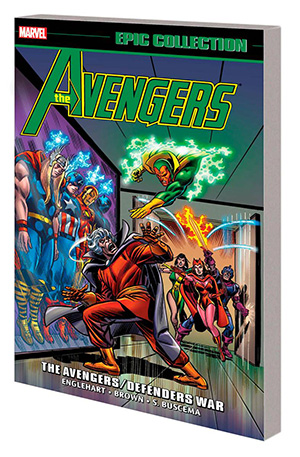