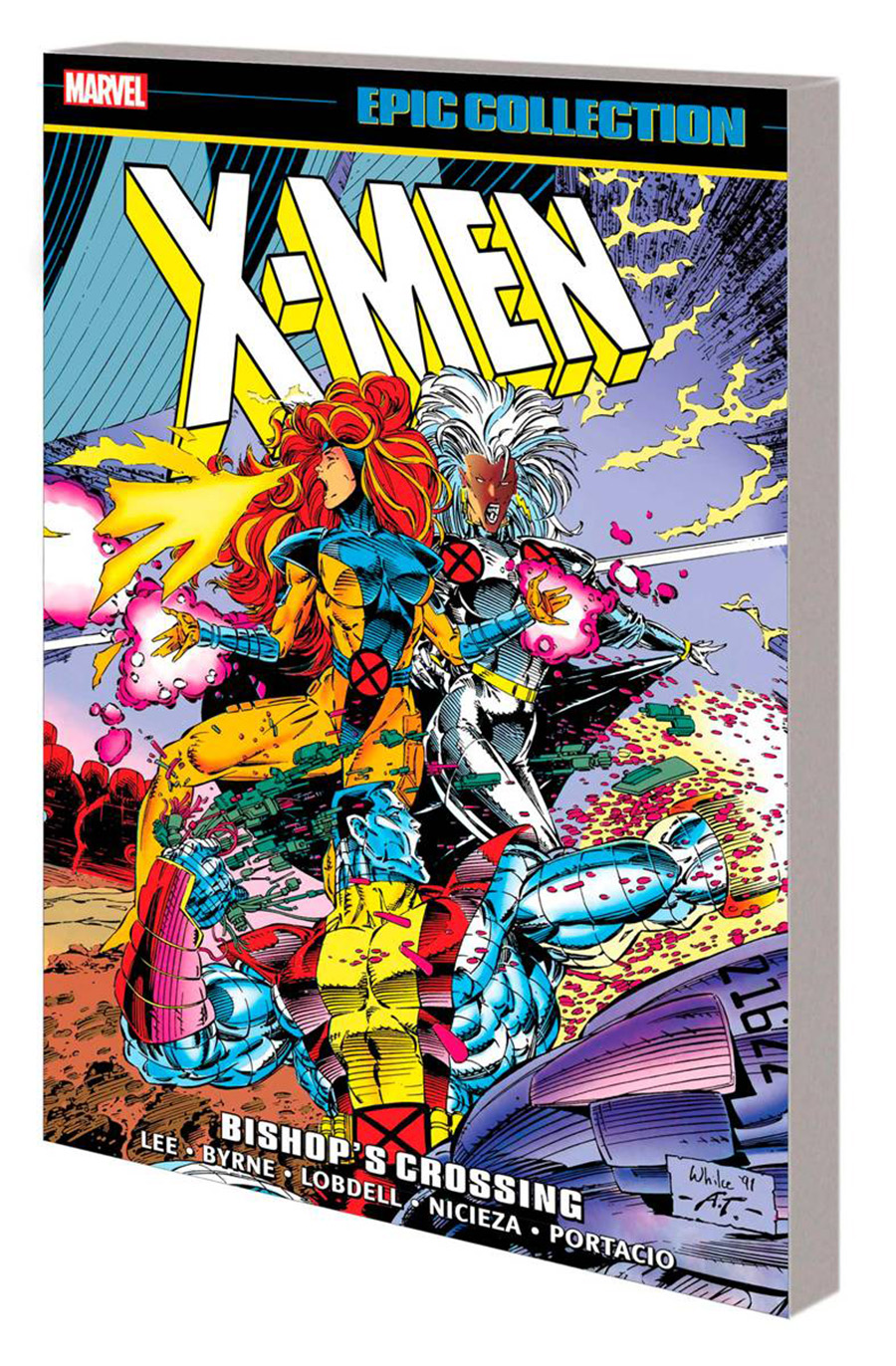 The coming of Bishop!
The reunited X-Men have expanded into two squads - and while the blue team takes on Omega Red and learns secrets of Wolverine's past, the gold team brokers peace with the Hellfire Club! But when advanced Sentinels crash the party, one X-Man may not survive!

Then, guns blazing, the man called Bishop arrives from the future pursuing hundreds of escaped convicts through time - and finds himself stranded in the present! Bishop was raised to idolize the X-Men…but he knows a deadly secret waiting in their future!

Plus: Colossus is reunited with his brother, the X-Men face the machinations of Mojo and the blue team battles a New Orleans Brood infestation alongside Ghost Rider and…Gambit's wife?! 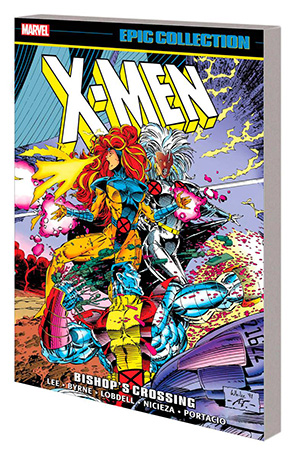