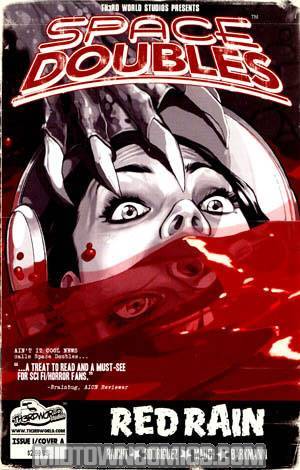 "“Space Doubles” — a a retro-double feature showcasing some of the hottest/upcoming talent in comics — is presented in flip-format with each half of the book telling an original sci-fi tale ranging from alien invasions to space flight to just about everything in between. This issue features “Project Obeah” by Leah Moore and John Reppion (Albion and Witchblade) and “Red Rain” by Mike Raicht (Deadworld: Frozen Over and Marvel’s MAX Zombie). Moore’s tale is set against the backdrop of a blackened planet and focuses on the scientists attempting to colonize it, while in Raicht’s story something large enough to be seen by the eye has landed on the moon, and it’s up to a team of seven to investigate."