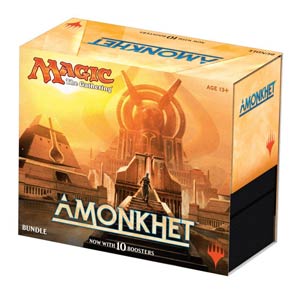 "Set 1 of 2 in the Amonkhet Block. The desert oasis of Amonkhet forges warriors. You have trained your entire life for a chance to face the Trials of the Five Gods and join the elite ranks of the Worthy. Using your strength, speed, and cunning, overcome deadly challenges and rise above the competition to claim an honored place in the Afterlife!" 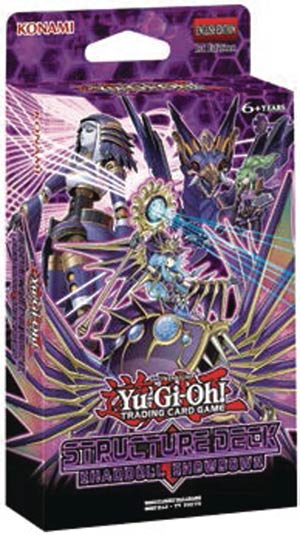 "Structure Deck: Shaddoll Showdown revives one of the all-time greatest strategies in the history of the Yu-Gi-Oh! Trading Card Game! Originally introduced in Duelist Alliance, Shaddolls combine Flip Effects and Fusion Monsters to surprise your opponent. Powered by the incredible Shaddoll Fusion Spell Card that lets you Fusion Summon using monsters in your deck, Shaddolls can summer ""Shaddoll"" Fusion Monsters of any attribute and stack up powerful Graveyard effects at the same time!" 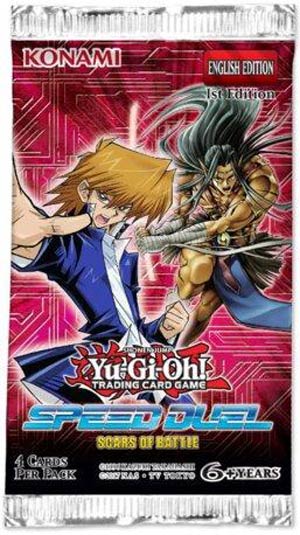 Crashing the party, Bandit Keith is ready to Speed Duel!
Bandit Keith will be the next character to join Speed Dueling, and with him comes his army of nightmarish Machines to terrorize his opponents! Blast away your opponents monsters with Barrel Dragon and aggressively change the tides of battle with the boost from Metalmorph. 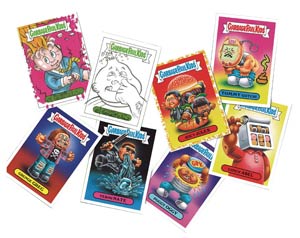 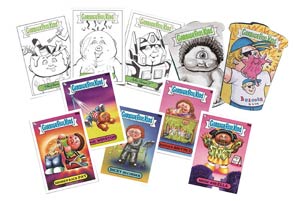 "The 2020 Garbage Pail Kids series 1 features an all new theme: Late To School! this year's release will showcase new shaped sketch cards, new pennant cards, the return of card back checklists, and all new packaging! 8 cards per pack, 24 packs per box." 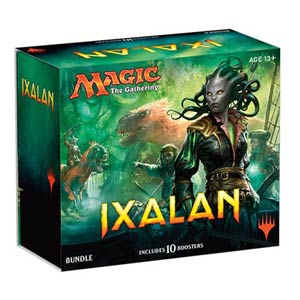 "Brave the Unknown! The first expansion in the Ixalan block for Magic: The Gathering, Ixalan is introduced in pre-constructed, 60-card Planeswalker Decks that include a premium foil Planesalker card, a pair of Ixalan booster packs, a strategy insert, and a learn-to-play guide, as well as Bundles that come with 10 Ixalan booster packs, 80 basic land cards, a player`s guide a learn-to-play guide, a card storage box, two deck boxes, and a spindown life counter. Supplement your play with 15-card boosters packed in 36-count displays." 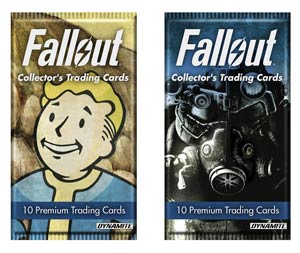 "First time ever in trading card form, each Box contains 24 packs! Journey through the expansive world of Fallout with Dynamite Entertainment's newest trading cards series! Featuring 144 unique base cards, 72 Holofoil chase cards, 10 Die-Cut chase cards and 5 Ultra-rare chase cards. Fallout fans can now collect trading cards representing their favorite weapons, gear, characters, and much more from this comprehensive collection of art and design that was taken straight from the Bethesda Game Studios archives. Learn much more about the World of Fallout with details and concept art that give collectors a deeper glimpse into the world that IGN said '(we could) easily be able to spend another 100 happy hours here and still see new and exciting things'." 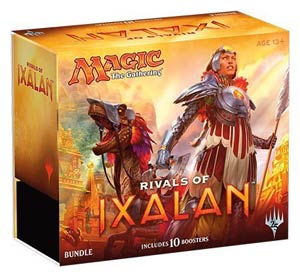 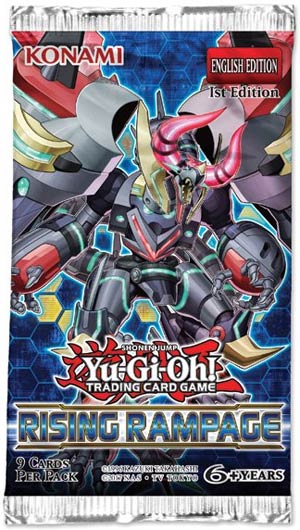 "The winds of change are blowing in Rising Rampage, the first 100-card booster set of the 2019-2020 Dueling season! A fresh Dueling season means fresh new strategies, breathing new life into old strategies, and strong individual cards that anyone can use. 9 cards per pack, 24 packs per box." 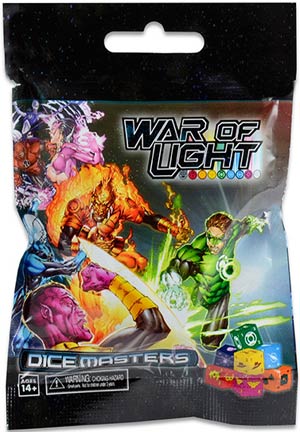