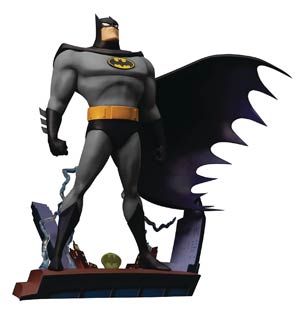 From Kotobukiya. In honor of the 80th anniversary of Batman, the animated version of the timeless hero is coming back to the ARTFX+ series for the first time in three years! The statue's design is based on the iconic title sequence of the series, when the Dark Knight appears on a rooftop in Gotham City with a bold flash of lightning. The vignette style base resembles the skyline of Gotham City, with a sculpted Bat Signal shining against the nighttime scenery and three dimensional electricity effect parts that give the statue an atmospheric appearance. Even to this day, the Batman stands at the ready to take down the evil that lurks in the darkness! 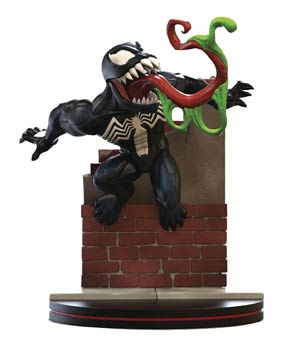 From Quantum Mechanix. Venom tussles with his darker impulses in this Q-Fig diorama. The alien symbiote who has merged with investigative reporter Eddie Brock clings to a brick wall while contemplating his next move, drooling neon green slime. Will he save the day or destroy it? There's no telling which side of the merged life-form will win out. As with all QMx Q-Fig dioramas, this remarkable scene captures the character's spirit and essence from every angle and features specially hand-painted details. 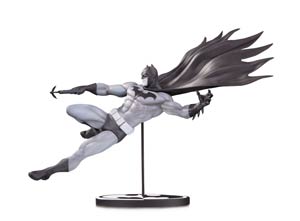 DC Collectibles presents the 99th statue in its BATMAN BLACK & WHITE line: Batman by Doug Mahnke. This gravity-defying statue features Batman in mid-leap with his grappling gun at the ready. The BATMAN BLACK & WHITE line wouldn't be complete without this statue, which showcases Mahnke's extensive work on Batman from the early 2000s. Statue measures approximately 7.3" tall 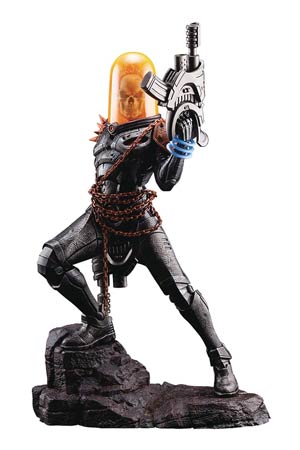 From Kotobukiya. Cosmic Ghost Rider is joining the ARTFX Line with a level of beauty and realism that truly allows the character to shine! The roaring flames that surround Cosmic Ghost Rider's head and the cosmic glow emanating from the statue's body are recreated using LEDs, allowing fans to enjoy the character in a completely new light from the comics. The flowing magma on the base is also outfitted with LEDs, giving the base an otherworldly appearance. Cosmic Ghost Rider's helmet and the chains on his body can be removed, giving customers a variety of display options. These limited edition statues will come with a certificate with the collector number printed in gold, certifying each piece as a one-of-a-kind original. 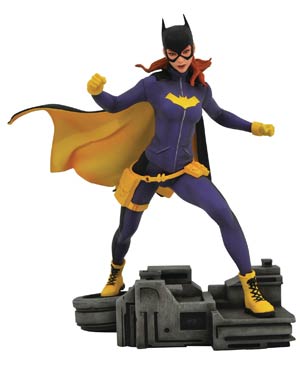 A Diamond Select Toys release! The Batgirl of Burnside strikes! Standing atop a miniature roofscape of her chosen neighborhood, Batgirl strikes a pose for her first PVC Diorama in the DC Gallery line. This approximately 9-inch sculpture depicts Barbara Gordon in her modern-day costume, and is in scale to other DC Gallery PVCs. Designed by Caesar, sculpted by James Marsano. Packaged in a full-color window box. 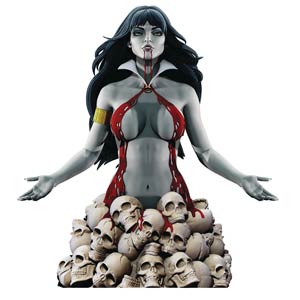 There will be blood when Stanley Lau (aka Artgerm) gets ahold of Vampirella! Based on his haunting cover to Vampirella #2, this 7.5" tall resin bust is Dynamite's most unique rendering of Vampi to date! This very limited-edition bust is meticulously hand-painted, right down to the bloody 'outfit!' 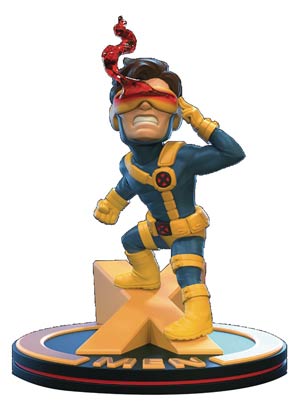 To me, my X-Men! Summon the X-Men as Professor Xavier would with Quantum Mechanix's new line of X-Men Q-Fig Figures! Having just unleashed a powerful optic blast from his ruby-quartz visor, the remnants of the beam still linger around Cyclops' visor and hover above his head. Jean Grey uses her telekinetic powers to levitate multiple rocks she can throw at any Sentinel or evil mutant who dares challenge her. Rogue, the team's very own southern belle, leaps off the X-Men logo base and directly into the face of danger. Storm rides the air currents as she summons lightning with her psionic ability to control the weather. Each figure features the classic Jim Lee-designed costumes of the early 1990s and comes on an X-Men display base. Each figure stands 4" tall, including the base. 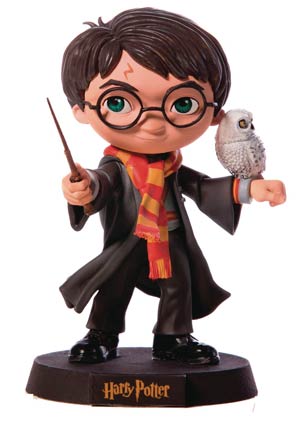 Sideshow and Iron Studios are proud to announce Mini Co. Collectible Figures of Harry Potter, Hermione Granger, and Ron Weasley from the Mini Co. Harry Potter line. These hand-painted collectible figures were created by Iron Studios and are the perfect size for any desk or shelf, no matter the size of your collection! 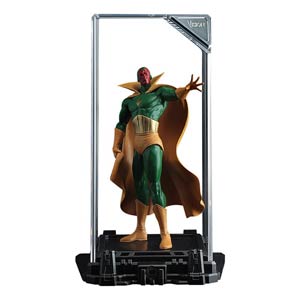 3 AAA battery is necessary. No Battery is included." 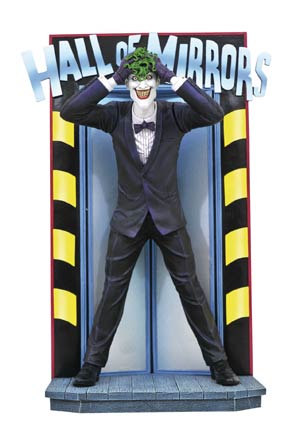 A Diamond Select Toys release! One of the most notorious Joker stories is now one of the most notorious Gallery PVCs! Depicting the Clown Prince of Crime at the height of his mania, as seen in &QUOTThe Killing Joke," this detailed PVC sculpture stands approximately 10 inches tall and comes packaged in a full-color window box. Designed by Shawn Knapp, sculpted by Jean St. Jean.