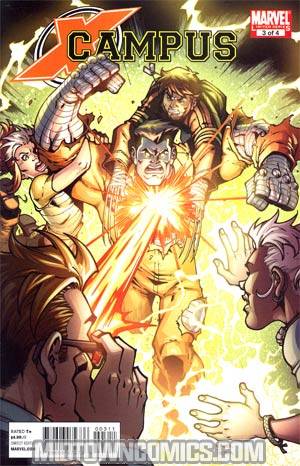 "It's an all-new, all-different version of the X-Men as told by some of Europe's greatest comics storytellers! In this vivid re-imagining of the X-Men mythos, everything is not as it seems and teenaged versions of Cyclops, Beast, Wolverine, Iceman, Storm and Rogue face a threat worse even than super villains or race-destroying viruses...HIGH SCHOOL! When another new mutant is discovered, Xavier and Magnus race to find him, but this steel-skinned brute isn't choosing sides and he isn't going down without a fight! Meanwhile, Xavier's students try to unlock the mysteries of the Worthington Foundation as one student's surprising power reveals itself and Kurt Wagner and Hank McCoy try to answer the question, who is Professor Bolivar Trask?" 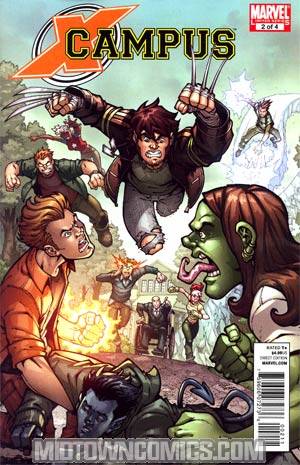