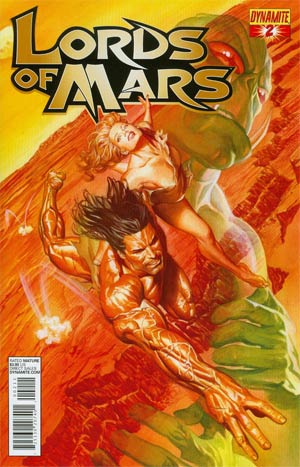 Lord Greystoke and Jane find themselves transported to Mars, where they learn of a terrible tyrant named John Carter who has enslaved the dying planet. The Ape-Man's newfound 'friends' are putting on an elaborate deception, but to what end? John Carter, meanwhile, deals with the sinister machinations of a strange new cult... devoted to none other than him!