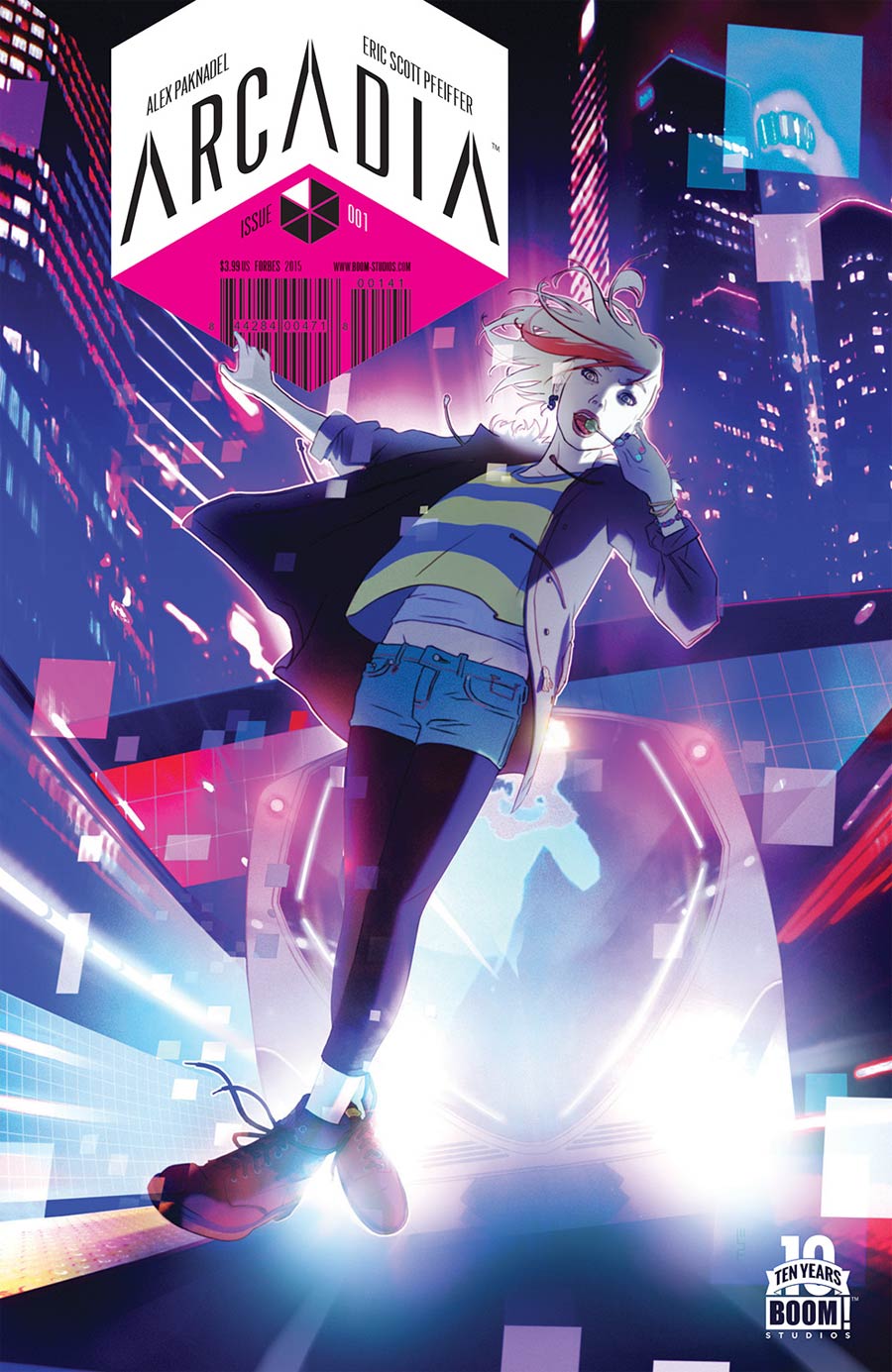 "What's to Love: Our long tradition of breaking new talent-like Rafael Albuquerque (The Savage Brothers, American Vampire), Emma Rios (Hexed, Pretty Deadly), and Declan Shalvey (28 Days Later, Moon Knight) - continues with the debut of Alex Paknadel and Eric Scott Pfeiffer, two new creators whose extensive worldbuilding in the scifi thriller Arcadia evokes comparisons to epics like Game of Thrones, The Matrix, and Astro City.
What It Is: When 99% of humankind is wiped out by a pandemic, four billion people are 'saved' by being digitized at the brink of death and uploaded into Arcadia, a utopian simulation in the cloud originally intended to accommodate just one person: a wealthy socialite succumbing to Alzheimer's disease. Only the real and simulated worlds working together can stop her when she begins to cleanse the cloud of the four billion 'intruders,' but Arcadia is rapidly depleting the energy resources upon which the handful of survivors in the real world (aka 'The Meat') depends. The real world can help, but will it? Featuring the first of five connecting covers by Matt Taylor."