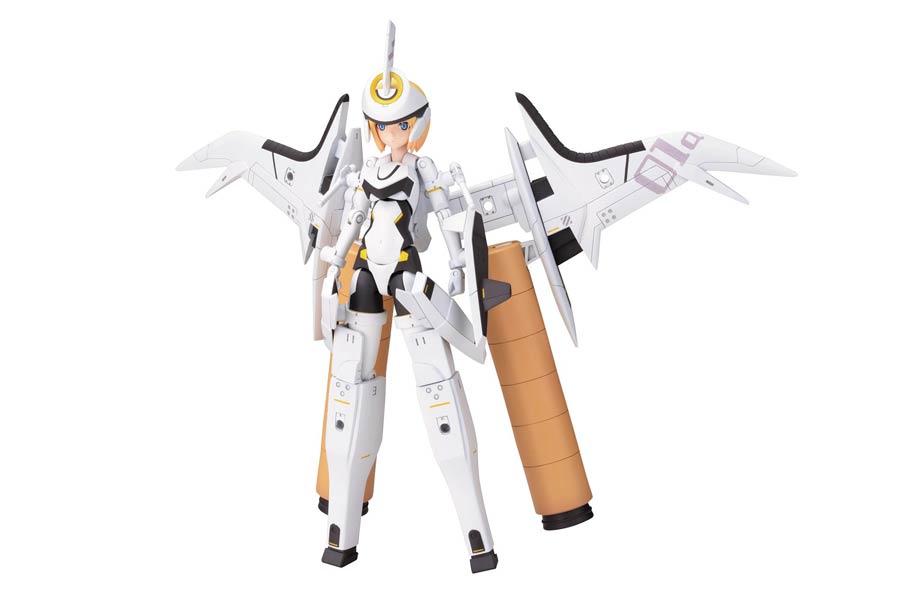 A KOTOBUKIYA Japanese import! Joining Kotobukiya's elite model kit series is the Busou Shinki franchise which features anime and manga based on a line of action figures from Konami Digital Entertainment. In these adaptations the Busou Shinki toys are real, roughly 6 inch scale feminine robots with fully developed personalities as well as flight and weapon systems. The first of the shinki characters immortalized in model kit form is the star of the group, ARNVAL! An all-around combat model, Arnval appears as a slim young woman who wears white armor and has blonde hair and blue eyes. This new model kit fully replicates her look from the series with interchangeable parts to display her in or out of her armor, two options for long or short hair, multiple hand parts in different poses, and much more. Arnval consists of 250 pieces molded in pre-colored plastic, mostly white and black for her clothing/armor with yellow details. She comes with several weapons and has multiple points of articulation so you can pose her in all sorts of cool combat stances! Sculpted by Yasunori Shimizu and Masaki Apsy, Arnval stands just under 8 inches tall in true to life 1/1 scale and she'll be happy to guard your collection. 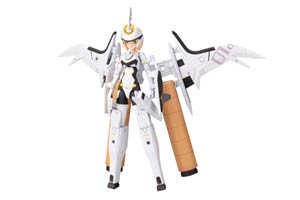