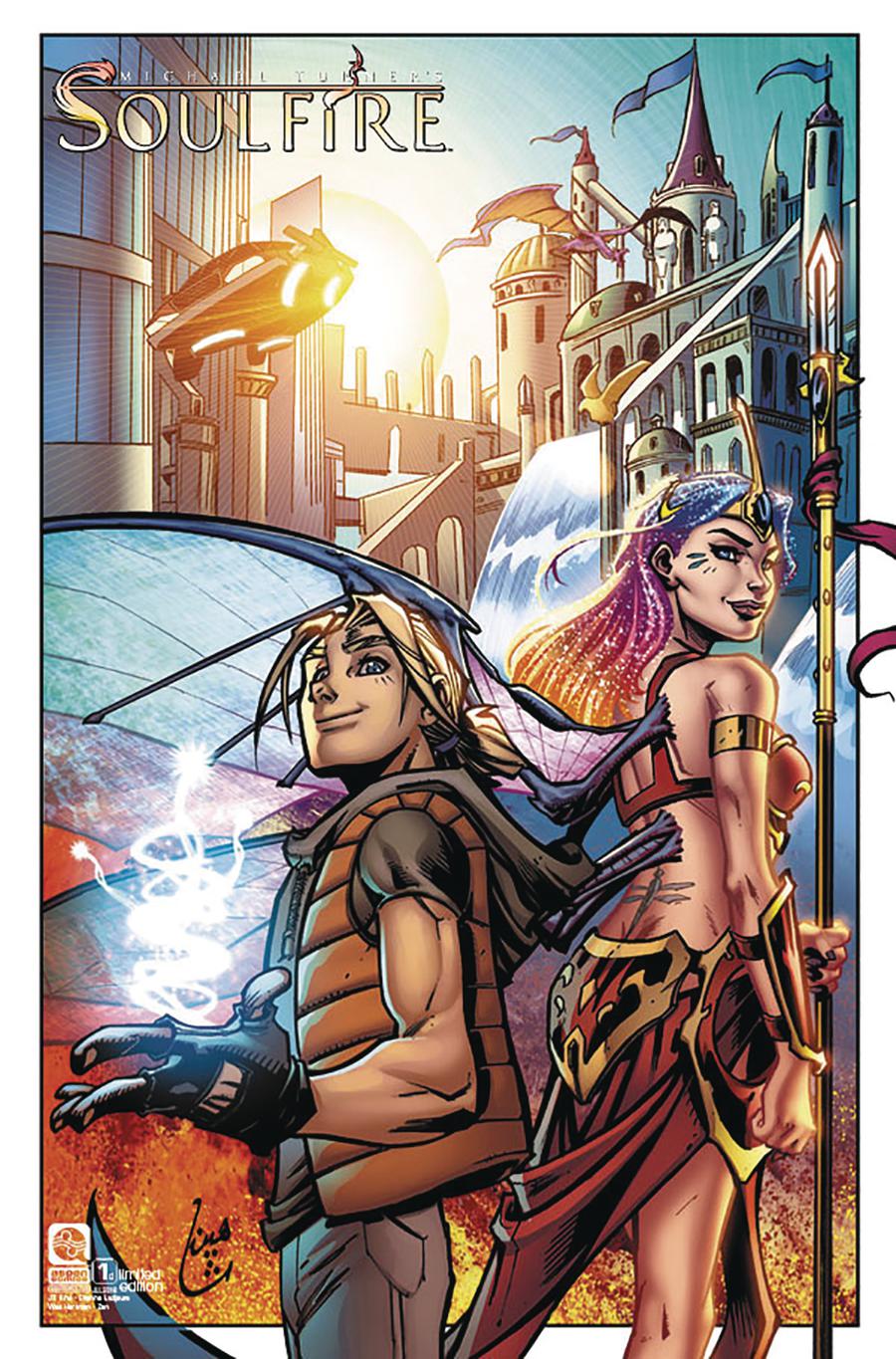 Celebrating the 15th anniversary of its creation, Michael Turner's incredible vision of magic and wonder returns for an all-new volume! As the new age of magic continues in the shadows of this future landscape, Malikai and his friends try to enjoy a little down time, but such plans never seem to last. Grace continues to serve as a protector for all things magic, more specifically the dragons, but she is growing tired of having to keep the true power of the world a secret. And, there is a new danger on the horizon, a new figure in the Soulfire universe who may be the greatest threat to the fragile balance between magic and technology yet! Michael Turner and Aspen Comics' flagship title commemorates its landmark fifteenth year and the creative team of long time Soulfire writer J.T. Krul (Teen Titans, Jirni), newcomer Chahine Ladjouze, and colorist Wes Hartman have joined forces to bring new readers as well as loyal fans alike a Soulfire story for the next generation!