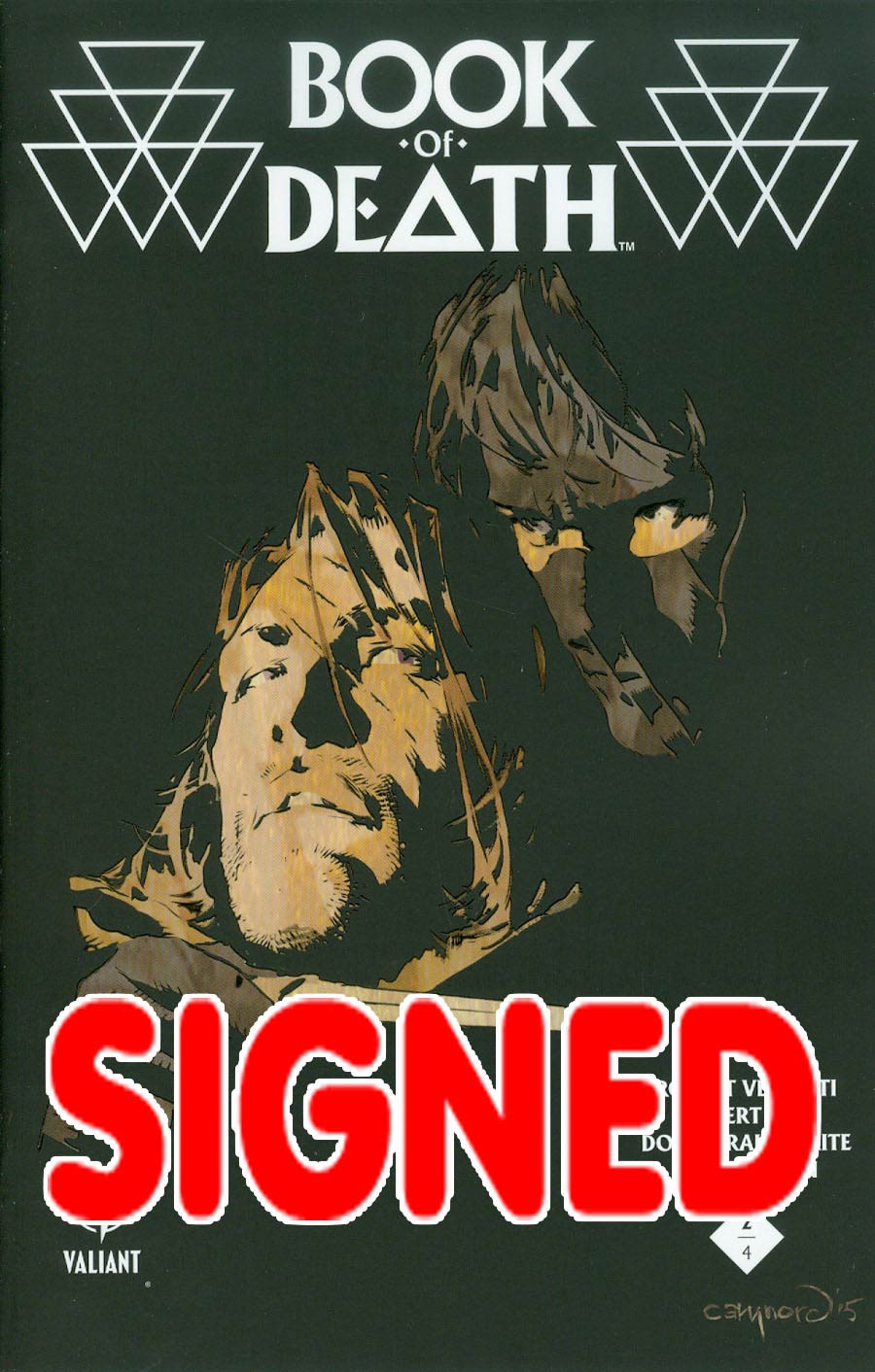 "Signed by colorist David Baron. A new Dark Age of the Valiant Universe draws nearer as the events foretold in the Geomancer's BOOK OF DEATH unfold! Convinced the unnatural disasters tearing our world apart are a direct result of the new Geomancer's arrival, the combined forces of the Valiant Universe are forced to confront the Eternal Warrior about his new charge. But to prevent civilization from falling into a new Dark Age, the Eternal Warrior won't go down without a fight! Valiant architect Robert Venditti (X-O MANOWAR) and rising star Robert Gill (ARMOR HUNTERS: HARBINGER) bring you the next chapter in the summer blockbuster that promises to alter the Valiant Universe as you know it! Plus: new visions of the future that awaits - illustrated by superstar artist Doug Braithwaite (IMPERIUM)!" 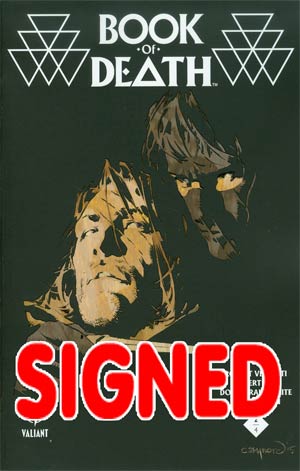