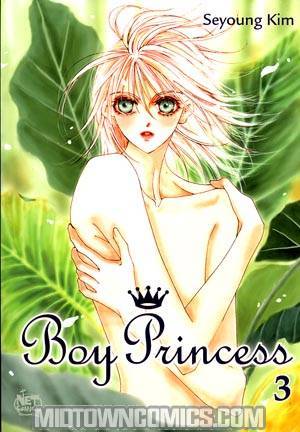 A bewildered Nicole aches to discern his feelings for Prince Jed, risky as they may be, and feels compelled to be close to him once more. He wanders lost in the forest and abandoned by his horse, until he practically stumbles upon Jed. But his surprise and delight are quickly surpassed by the dismay at Jed's cold reaction and an attempt to kidnap him. Nicole can't believe the object of his affection would do this to him and his illusions quickly begin to unravel. Perhaps they never had the spark that fuels his conflicting feelings about after all? Jed tries to calm him to prevent a scene, but Nicole wants something, a promise, anything. Suspicious eyes and ears loom everywhere, especially with jealous Princess Reiny always on her brother's heals, waiting to influence his next move. Jed feels the pressures of his position in his kingdom coming down hard, but he stands firm, until Princess Elena arrives, announcing her pregnancy and begging to keep and mother the child. Is this the heir to the throne or the result of an illicit affair that can ruin Jed? Will Jed's mischief topple his kingdom before the next heir is even born?