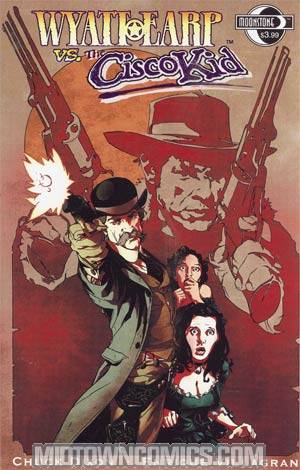 "There are two sides to every story, and for the first time Moonstone shows them both, with two different perspectives on the same Wild West story! They called them gunslingers when these mythic men rode the west over a century ago. Movies and dime novels gave them white hats and black hats, but the truth lies somewhere in between. On October 27th, 1880, Wyatt Earp arrested William ""Curly Bill"" Brocious for shooting the Tombstone town Marshall. But on the way to trial, some tell of a dangerous encounter with a mysterious outlaw called the Cisco Kid. Did the paths of these two legendary gunslingers cross somewhere in the southwest? If so, whose side of the story should we believe? "